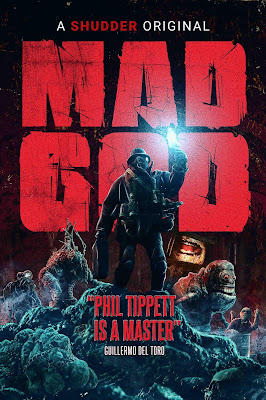 When I saw Phil Tippett's decades-in-the-making stop-motion flick Mad God at the Fantasia Film Festival last summer I tweeted that it's "a surreal astonishment... frame after frame after frame after frame of every dream and every nightmare I have ever had turned into stop-motion magic. A masterpiece I will watch one thousand times." And all these many months later I stand by that assessment. (I said a little more in this post.) Thankfully it's about to become way easier for me to reach my goal of "one thousand times" as the film is hitting Shudder in a little less than a month, on June 16th! 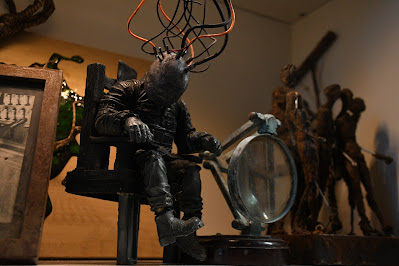 Phil Tippett, if you're unfamiliar, is the special-effects genius behind the dinosaurs of Jurassic Park and the big bugs of Starship Troopers and the Ducks of Howard the Duck and many many many other things -- he's a legend, and alongside all that genius he's been working behind-the-scenes on this project, and it shows. It's overwhelming, a fantastic world so rich with detail I don't suppose I'll ever catch it all. But I plan on trying! Y'all watch this movie! Here's the trailer:
Who? Jason Adams When? 3:05 PM