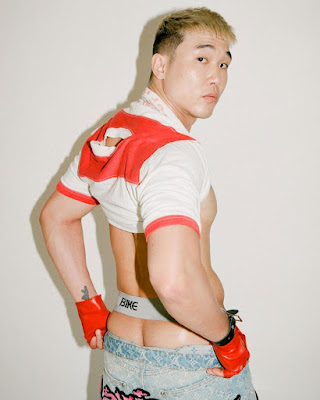 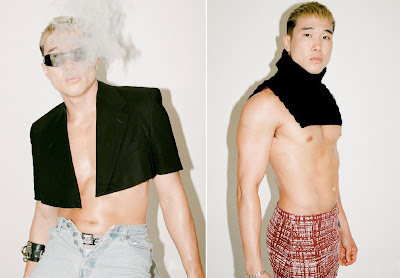 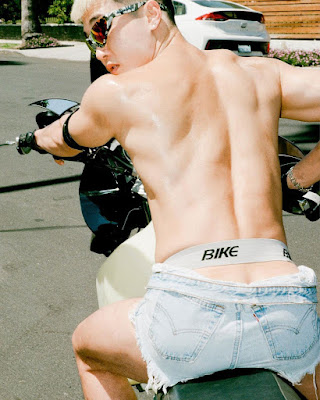 There are a few more of these photos over here alongside the interview with the comedian turned star of upcoming queer ass Hulu comedy Fire Island, which we here at MNPP are excited about because.. well 1) I saw it last night and it's terrific. Do I need to keep counting after that? The fact that I can say with actual learned knowledge that the movie is real good ought to be enough! But you should be excited because 1) I say it's terrific (I will review it with more words next week), and 2) it was directed by Andrew Ahn, the already-director of the stellar two-some Driveways and Spa Night and one of the most talented young directors we've got. Watch the trailer for Fire Island over here if you haven't yet, and mark your calendars -- the film is opening NewFest's pride-month edition next Thursday in NYC (last I heard there are still tickets for the later screening) and then it drops on Hulu the next day, June 3rd.
Who? Jason Adams When? 4:46 PM
Labels: Andrew Ahn, gratuitous, NewFest

I have followed about half the film's hot cast on Instagram in the past 24 hours and plan on posting gratuitous posts for many many many more of them in the next week, so don't worry -- you'll get your wish

Unknown-check out Gay Letter for pics of Matt.
Love JKB, his comedy album, Model Minority, is great.
I haven't watched the Fire Island trailer, b/c I know I'll watch it and don't want to know anything about.
Weird times we live in, w/ 2 gay Rom-Coms coming out, QAF revival, and southern states working to try to erase gay people. Jesus, look in a fucking mirror and MOVE ON.

dre said...
This comment has been removed by the author.
5:36 AM

Dude, how could this possibly be good? Did the mafia get to you? Wink if you need help!!