Evil Kills, Now So Am I 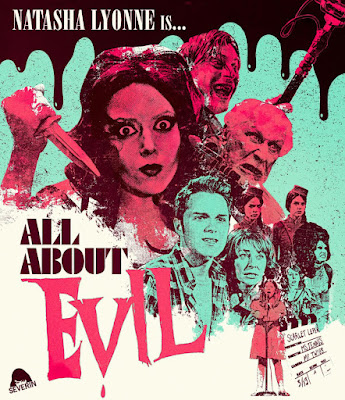 Unbelievably after a dozen years I still have never seen Peaches Christ's 2010 cult film All About Evil, which stars noted queen Natasha Lyonne as a librarian-turned-projectionist who reigns over a series of splatteriffic murders at her newly-acquired indie cinema and which co-stars both Cassandra "Elvira" Peterson and Mink Stole. How this is a truth I will never understand, but it looks like I'm about to fix this gaping hole of mine because All About Evil is finally getting both a blu-ray and a streaming release in June! Severin is putting out the disc on June 10th and Shudder is handling the streaming side on June 13th -- these are good fine capable hands! First things first though here is the trailer:

So how many of you have seen this before? I know, I am so so late to this party, but I'm psyched to finally get the opportunity -- 2022 is turning out to be a big ol' gay year, much to the chagrin of all of the "Don't Say Gay" bills, and I'm here for it. Let's be gayer than ever y'all, and also stab when needed. Hit the jump for the full press release on this news... 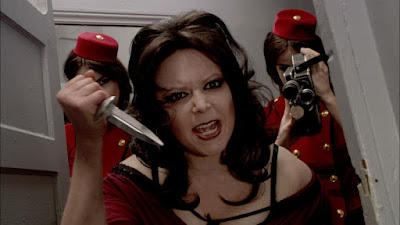 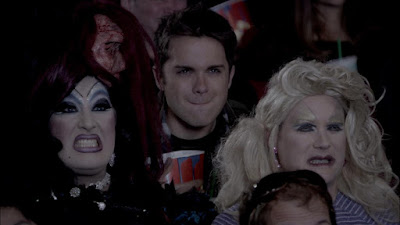 Who? Jason Adams When? 11:33 AM
Labels: horror, John Waters, trailers

I recall enjoying this, mostly because of Natasha Lyonne.

Wow! there's a blast from the past. We used to go see midnight movies that were hosted by Peaches Christ on Geary Blvd in San Francisco back in the 90s. I was just telling the hubby about that a few days ago. I had no idea she ever made a movie. I'll be checking it out as soon as I get the chance!