Barack Obama (on TV) : [on TV delivering his election victory speech] ... to reclaim the American dream and reaffirm that fundamental truth that out of many, we are one.
Driver: You hear that line? Line's for you.
Jackie: Don't make me laugh. We're one people.
It's a myth created by Thomas Jefferson.
Driver: Oh now you're gonna have a go at Jefferson, huh?

Jackie: My friend, Jefferson's an American saint because he wrote the words, "All men are created equal." Words he clearly didn't believe, since he allowed his own children to live in slavery. He was a rich wine snob who was sick of paying taxes to the Brits. So yeah, he wrote some lovely words and aroused the rabble, and they went out and died for those words, while he sat back and drank his wine and fucked his slave girl. This guy wants to tell me we're living in a community. Don't make me laugh. I'm living in America, and in America, you're on your own. America's not a country. It's just a business. Now fucking pay me.

There will be no repercussions. This country is run by criminals and fools and we're all fucked https://t.co/izPGe1y8gA

That said another good pair of reasons to share this is that this movie turns 10 this year, meaning it's been a full fucking decade since director Andrew Dominik has put out a narrative feature film, and that's as criminal as anything. Okay maybe not as criminal as what I quoted in the above tweet, I exaggerate, but it still sucks baloney. Which is why I'm pretty excited about Blonde, Dominik's Marylin Monroe biopic movie thing with Ana de Armas that will be out in December. Rated NC-17 and everything! And I'm really hoping it finally gets the filmmaker behind The Assassination of Jesse James and the above film some overdue awards attention. 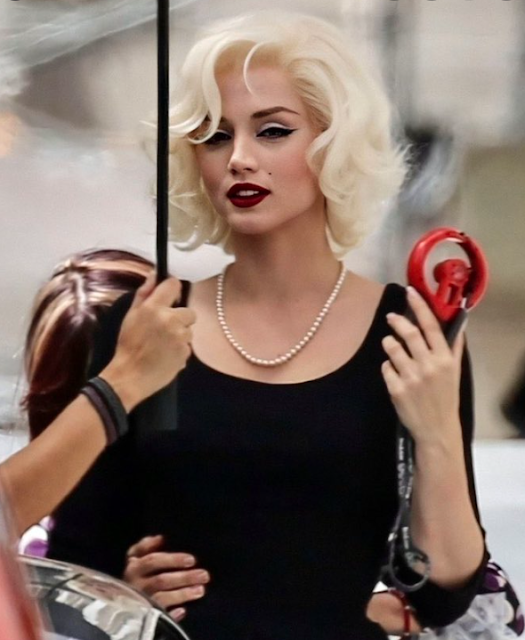 The title is Killing Them Softly

...and I totally agree with what you expressed (and what Brad Pitt said in the movie)!