Dare To Be The Devil You Dream 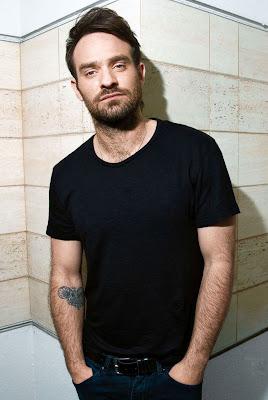 You gotta know I'm busy when it's taken me over twenty-four hours to post THIS news -- although it's not been confirmed by Marvel or Disney or the Cox-man himself Variety has sources telling them that two writers have been hired to work on a new Daredevil series for Disney+, y'all! I don't think I will be stoned in the public square for spoiling anything when I mention that Charlie Cox did indeed show up as the lawyer Matt Murdock in the last Spider-Man movie, aka the character he already played for three wonderful (if cruelly shaven) seasons for Netflix. The writers are Matt Corman and Chris Ord, who have previously worked on the shows Covert Affairs and The Brave and The Enemy Within and no I don't know what those shows are either, but congratulations to these men. The only note I have for them is this: make sure you specify that this Daredevil is set in a different universe of the Multiverse than the Netflix series was set in, because in this universe, in the MCU universe, Matt Murdock doesn't shave his goddamned anything. Here is what the MCU's Matt Murdock looks like, and you're welcome: