Who You Calling Hideous 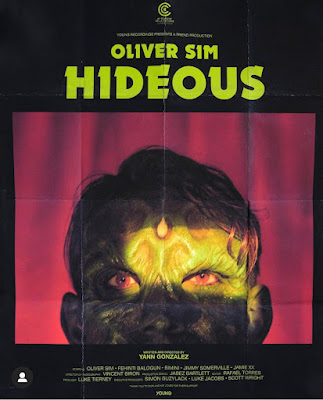 As stated a million times -- basically ten times this time of year every single year for the past ten thousand years -- I don't pay attention to what's playing at Cannes because I am not going to Cannes and it wounds me, in my heart, paying attention to things I cannot have. But nevertheless some things slip through and just now what slipped thought was the information that a short film from Knife+Heart director Yann Gonzalez is playing at Cannes, and this intrigues me no matter how much it also wounds, because K+H ruled so very much and we've been waiting patiently for four full years now for him to follow that up. So this might be short, but not in stature! It's called HIDEOUS and it looks gay and monstrous and utterly fab, everything we want from a Yann Gonzalez movie. There's a teaser trailer, do watch:
Who? Jason Adams When? 11:24 AM
Labels: horror, trailers