The Vikings Have It 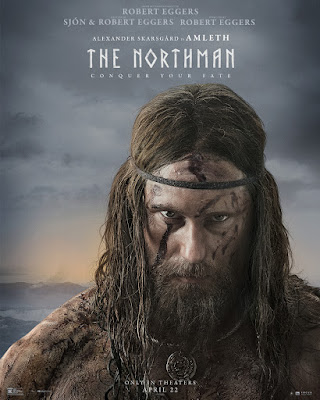 The lucky SOBs (I say through gritted teeth) who have already seen Robert Eggers' The Northman took over Twitter last night with their raves, and the raves were fast and furious -- I had to look away out of extreme spite and bitterness for a lot of it but I definitely saw the word "masterpiece" being thrown around more than once, which makes me a little more than hopeful for when I see the film next week! Not that I wasn't already! I've only been posting about this movie for what feels like a dozen years now! (I also saw someone say this is the movie they wished the "boring" The Green Knight had been, and just... no. No, person. Bad opinion. The Green Knight ruled.) Anyway today a raft of character posters and a new clip were released and as ever here we are, sharing. Not that I am personally going to watch this clip -- I have waited this long, I can wait one more week. (Famous last words, of course.)
The Northman is out on April 22nd! 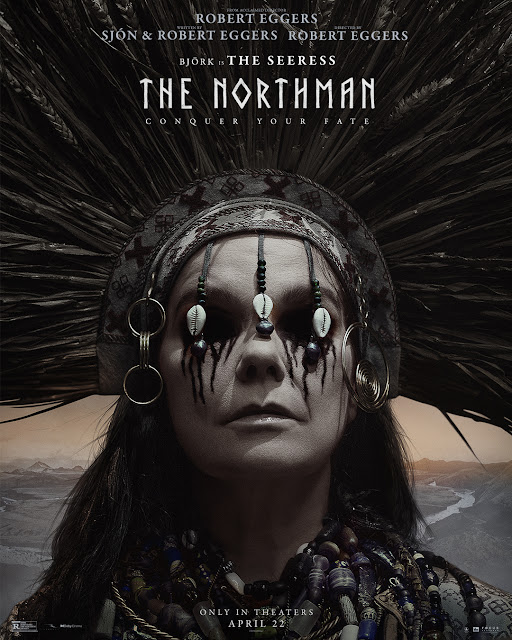 Well, as far as masterpieces are concerned, thus far Robert Eggers is two for two, so the odds of this being a similarly high quality offering from him seems all but guaranteed.