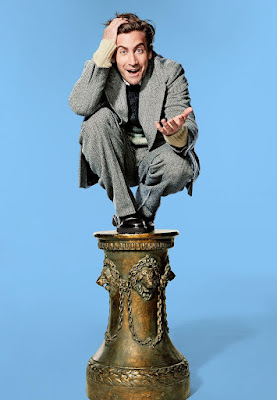 Ashamed and wildly humiliated it took me a week and a half to post these promotional shots from when Jake hosted SNL last weekend (like last last weekend) -- what can I say, I had a deadly fucking disease for two straight weeks. I can still use that excuse right? It hasn't worn off yet? Phew. It's always important to use your excuses when you've got them handy, because inevitably you'll exhibit some shitty behavior that you have no excuses for and then you're like, well fuck. Shoulda used that when I had it. I never let that happen though. I use all excuses until they're battered and bruised and begging for mercy. Just like my men! Yikes. On that cancellable note, hit the jump for the rest... 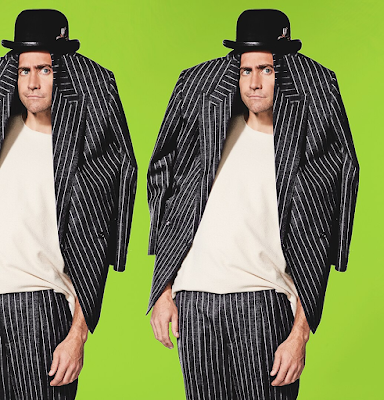 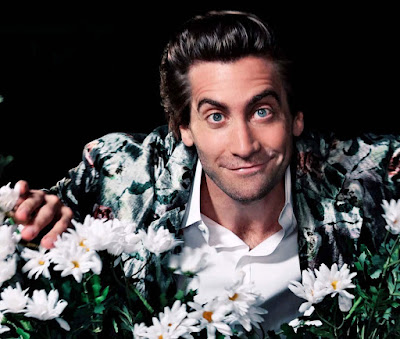 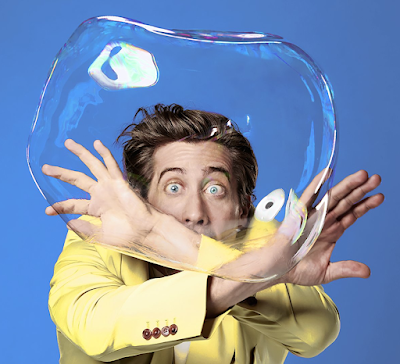 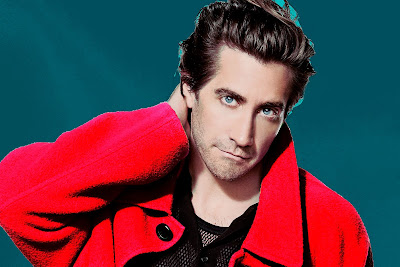 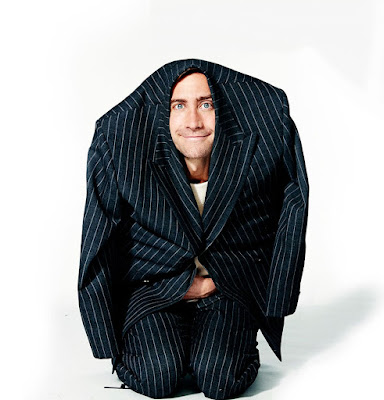 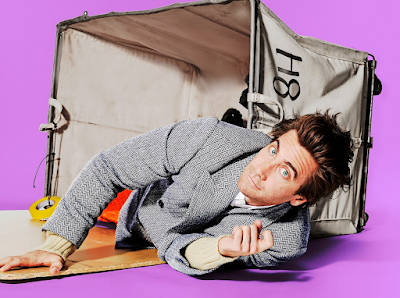 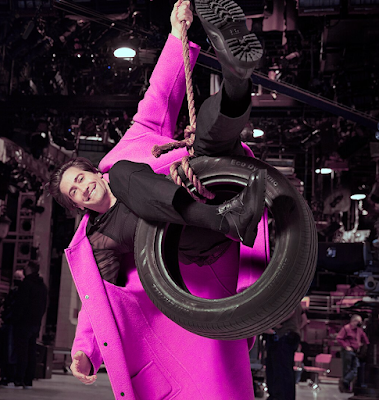 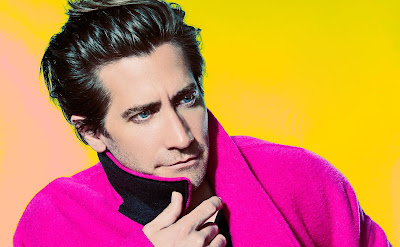 If you're still here reading -- and lord I don't know why you would be, but if! -- two notes about these photos. One, love the Bubble Boy shout-out! And two, I like that Jake's seen wearing a black version of the metallic mesh undershirt that he wore to the Ambulance premiere that I bitched about him hiding in this post here -- at least he gave us a slightly better look at it this time! Although I basically think it's criminal he hasn't bee photographed in JUST THE UNDERSHIRT, by itself. If you're listening, Jacob, come on now. Quit the goddamned teasing.