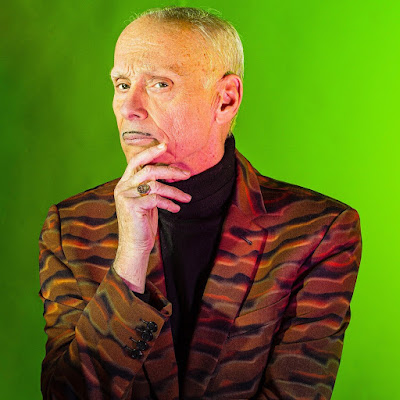 "With the Beatles, who cares that I don’t like them? I never say bad things about people — except the Beatles or Prince. Like they could care. I’m not going to hurt their reputation. The few times I’ve ever said anything negative it was about something that everyone else loved. Here’s what I hate: a movie where the audience goes awww. If anybody goes awww, I run. I want to be disturbed. I want to be shaken. I don’t want to be patted on the back."

John Waters talks and it's like the words are coming out of my very own mouth (although I like Prince). Maybe he's had his fist up my ass all this time and I am his ventriloquist dummy? Dare to dream. Anytime you wanna make that happen, John Waters, you call me. Aaaanyway that quote's from a new chat with the Prince of Puke in the supposed paper of record The New York fuckin' Times, read it all here -- he's doing press now for his book Liarmouth: A Feel-Bad Romance which is out in May (pre-order it here) but probably also the news that Criterion is putting Pink Flamingos out on blu-ray, which we just heard about last week. (Pre-order that here!) If you missed my piece on that movie's 50th anniversary, read it right here. I have a feeling that we'll be hearing lots from John over the next couple of months before his book comes out, and that feeling leads to the feeling that I will be giving him many such "Quote of the Day" posts, so stick around! Never too much of him if you ask my ass!
Who? Jason Adams When? 12:10 PM
Labels: John Waters