Good For The Gays Again 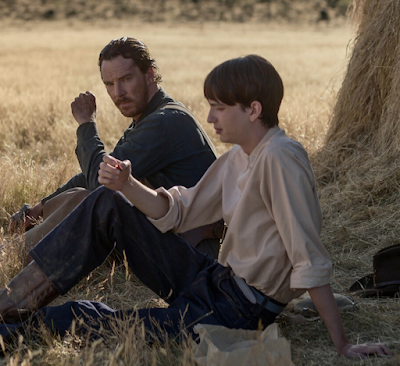 As you might know yours truly is a member of the film critics group called GALECA, which gathers up a bunch of us LGTBQ critics so we can be all queer over movies together, like we do. It's what we live for! Anyway our annual awards, called The Dorians, were announced this week, and you know what? Gay people got taste. I wouldn't say that in all circumstances -- we have seem to have wrought those awful Housewives programs, after all -- but here, in these circumstances, we have proven it this one way. We gave our big awards to Jane Campion's The Power of the Dog (also my personal favorite film of 2021), to Flee, to the fuck-yeah performances of Kristen Stewart in Spencer (and I am aware that that one's proven divisive...

... but I am way firm in the pro camp and I'm incredibly happy we recognized her for the work number one, but she's also queer herself so, you know, gays supporting gays yo!) and Ariana DeBose in West Side Story (also one of our queer compatriots!) -- we showed taste, baby. Add on to that we gave two count them TWO big awards to Pedro Almodovar and I have no notes. No notes. These weren't all my votes (I am a sad for Kodi Smit-McPhee and Jonny Greenwood and my baby Luca) but I am not angry at any of the winners. Not even House of Gucci winning for "Campiest Film" -- I hate that movie, truly, but that prize makes perfect sense. Hit the jump for the full press release... 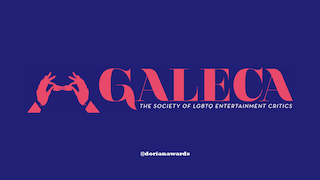 In individual categories, GALECA chose Kristen Stewart for Best Film Performance over 9 other contenders for her moody turn as Princess Diana in Spencer. Broadway’s Ariana DeBose, one of several breakouts in Steven Spielberg’s reimagining of West Side Story, grabbed both Best Supporting Performance and Rising Star honors.

Moreno, also stellar in such acclaimed films as the Tennessee Williams drama Summer and Smoke, the hit ‘80s comedy The Four Seasons and the unsung ‘90s treat I Like It Like That, more recently starred in the Dorian-nominated sitcom One Day at a Time. This is a special time for the Timeless Star: The 90-year-old charmer is the subject of the recent (Dorian Award-nominated) documentary Rita Moreno: Just a Girl Who Decided to Go for It.

As for GALECA’s signature Campiest Flick contest, that honor went to . . . House of Gucci.

First presented in 2010, GALECA’s Dorian Awards go to the best in film and TV, mainstream to queer+, at separate times of the year. GALECA consists of over 350 critics, journalists and broadcasters who work for some of the most prominent and influential media outlets in the United States, Canada, Australia

and the U.K. A nonprofit professional organization, the Society—via its
televised Toast awards specials, panels and 10 Best lists—continues to remind bigots, bullies and our own at-risk youth that the world loves the Q eye on great and unique entertainment.

Kodi Smit-McPhee, The Power of the Dog (Netflix)

The Mitchells vs. the Machines (Netflix, Sony)

The Power of the Dog (Netflix)

“WE’RE WILDE ABOUT YOU!” RISING STAR

(to a truly groundbreaking force in film, theatre and/or television)

(for creating art that inspires empathy, truth and equity)