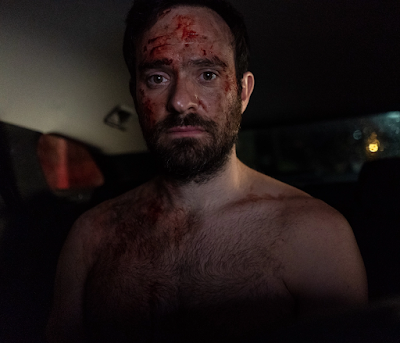 Did any of you watch Charlie Cox's series Kin on AMC? I posted about it exactly once last August, and I watched exactly one episode, and then completely forgot about it. It wasn't because I thought it wasn't good -- I just forgot. Our brains have been through a lot lately, alright? And there's a lot of TV happening besides. Anyway I was reminded of Kin because apparently not everyone was as absent-minded as me and the show actually got renewed for a second season this week. So I am guessing some of you watched it! We do love Charlie, as we've made clear for a very long time, so I should probably circle back and give it another go. The show also starred Emmet Scanlan, another furry British fave of ours. That said it would appear, via some brief investigations on my part, that Charlie only took his shirt off once and it was extremely dark, so they need to do better next time around. Do better, Kin! (Sidenote: Charlie's telling EW today that we should very much expect to see him showing up in the MCU again after his surprise cameo in the last Spider-Man. Busy busy boy, just how we like it) 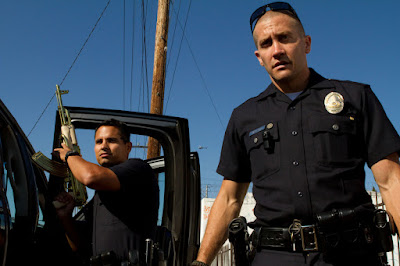 Some other TV news -- Jake Gyllenhaal's 2012 movie End of Watch (oh my god, how is that movie a decade old), which saw him playing a bald-headed police officer alongside a not-bald-headed Michael Peña as his partner and followed them, Found Footage style, over the course of one hellish night, is being turned into a series by FOX. David Ayer, who went on to make a truly terrible Suicide Squad movie -- sidenote: have you seen the "Release the Ayer Cut" nonsense happening all of a sudden? Good grief -- directed the film and will apparently have some writing duties at least on this series, but I think we can all safely assume that neither Gyllenhaal nor Peña will be returning for the show. I haven't seen EOW in awhile and don't remember how it ends (maybe I'll rewatch it this weekend) but I do know (spoiler alert) that it involves supernatural forces, so I'm guessing this series is going to be capitalizing on that show Evil, which is doing well right? I don't watch it but I kinda wish I did, it sounds fun. 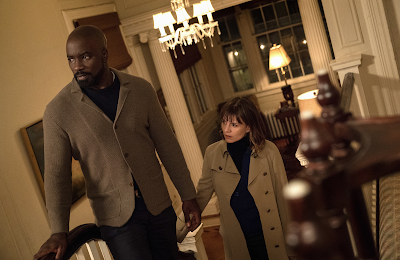 Anyway I haven't been bringing up TV enough lately -- what are y'all watching that you like? I have been watching a ton -- I'm currently switching around between Station Eleven, The Gilded Age (I did mention that one), Somebody Somewhere, my screeners of the new season of Russian Doll and the limited series Joe vs Carole, (don't ask, I can't say anything), oh and I watch one episode of the last season of PEN15 about once a month in order to draw that amazing show out for as long as I possibly can. Station Eleven is superb by the way, if anybody's not watching that. 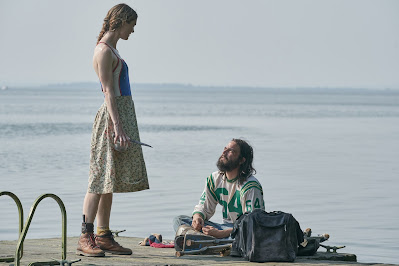 been watching euphoria as well, as is everyone else 😂😂

I actually do not watch Euphoria! Which feels weird. I didn't like the first episode way back when, but the more I keep seeing people tweet about Sydney Sweeney kicking ass the more I think I should watch. Oh and that gay wrestler thing that happened? That looked good too. But I'm not big on Zendaya -- I think she's a bit of a bore in the Spider-Man movies and I straight up hated that Netflix movie she did with John David Washington.

Evil is an absolute blast of a show.

I loved Station Eleven SOOOO much

I am doling out Station Eleven to myself real slow, for some reason I don't want to binge it. Well the "reason" at first was it was STRESSING ME OUT so much I couldn't watch more than one, but it's moved away from most of the scariest pandemic stuff by now (I'm on the fifth episode I think?) so I could binge it a little if I wanted to. But I'm enjoying letting it breathe.

Not to make too big a deal out of it, but Emmett is Irish, not British. Huge distinction to us Irish folk! ;-)

Wow Charlie Cox. I was very much unable to keep my eyes off him in Boardwalk Empire. But haven't seen him in anything since.

KIN is not that great and Cox--though hot AF--is so underwhelming it's like he's not even there.

I FINALLY gave in and am now on the Euphoria train even tho I feel old and pervy while I watch it.