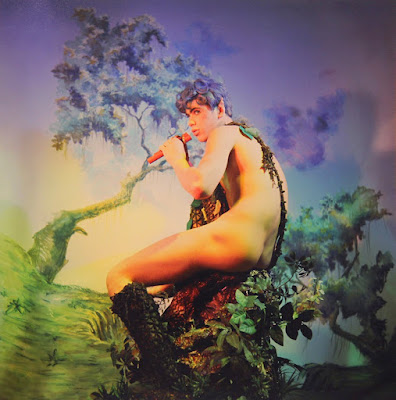 The gay pioneer photographer and filmmaker James Bidgood died yesterday at the age of 89 and we here at MNPP mourn him! He only made one movie but what a goddamned movie -- Pink Narcissus came out in 1971 after he filmed it for seven years confined to his apartment, although you'd never really guess it was all filmed inside a single apartment watching the thing, given how expansive he makes the miniature world of it. (And can this beauty be given a blu-ray release already?) The film was released anonymously because Bidgood felt his producers messed it up -- he wasn't tracked down as its maker until 2003. And then Taschen put out a book of his work which I very much recommend picking up if you can afford it (it's out of print and the prices have gone up just since I checked them last night). I got to see an exhibit of his work a few years ago at the Museum of Sex here in NYC, you can see some of the photos of the exhibit that I snapped at this link. Even if Bidgood's name wasn't known for a long time his work, especially Narcissus, was formative for an entire generation of queer artists. He's one of our most important (I mean, the asses alone) and should be celebrated as such! 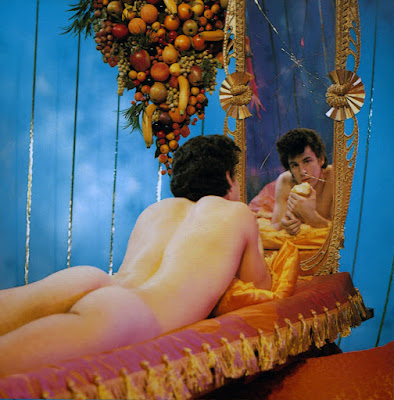 ETA I've just seen that the people in charge of James Bidgood's estate are trying to raise funds so he can get a proper burial, which is an exceedingly depressing state of affairs -- please click on over to GoFundMe and donate some money! We need to take care of our elders better, y'all.
Who? Jason Adams When? 11:05 AM
Labels: gratuitous, RIP

Agree with you that we should take care of our elders. Just made a contribution to his account. Thank you for the heads up.