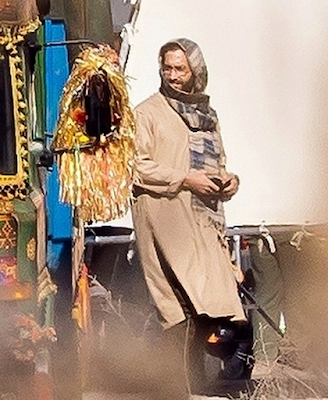 If you've been to Jake Gyllenhaal's IMDb page at any point over the past oh let's say five years then you've maybe noticed that he's always had like five or six projects (at least) listed as in development, in pre-production, et cetera. This leads to confusion -- I never know what he's actually going to make and what will end up sitting there, undeveloped, forever. I mean his film Rio with Luca Guadagnino was announced in 2017 and I think it might not happen now? I would love it to happen. But it feels increasingly unlikely with each passing decade.
Anyway my point is that Jake's actually been spotted on the set of something, so we know what his next something will be (and eesh it's the least interesting of the bunch) -- he's working on Guy Ritchie's film The Interpreter right now, which I told you about back in October, a film which has a plot which worries me, geo-politically, given Guy Ritchie's never really exactly proven himself to be the most liberal guy in the world. It's about a soldier who's forced to leave Afghanistan who goes back to help out his abandoned interpreter, who's in danger for having helped the Americans. Biden got so much bullshit when he finally pulled our soldiers out over there, this film seems sprung out of that hullaballoo, and I have very little faith that Guy Ritchie of all people can tell the story with any kind of nuance.
Anyway there's Jake on set, wearing somebody's bubbe's head-scarf -- and yes I have actually already seen people trying to make this about Taylor Swift somehow, WTF -- and if you want more photos of this (they're all pretty shitty quality though) click here. Anyway curious to see what other actors are in this since Jake's the only name we have so far. 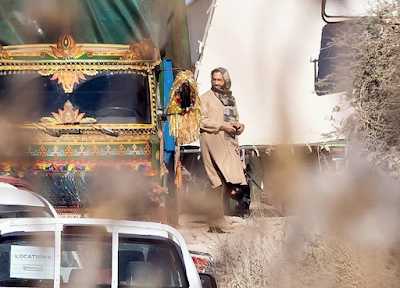 Who? Jason Adams When? 10:52 AM
Labels: jake gyllenhaal, Politics