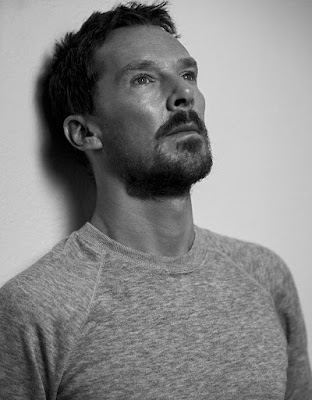 I think we can all, Benedict included, agree that Benedict Cumberbatch is, in the parlance of that one barfly in Fargo, kinda funny looking. Having leveraged a wildly successful career off of that face I am sure that Benedict would be fine with it -- he's ridden "funny looking" to the bank and back ten times over. Sometimes the funny works on me though, in the not-funny way, and this new shoot for Netflix Queue, the streamer's online magazine, is one of those times. He looks hot! No big surprise then when I noticed this shoot was done by Inez and Vinoodh, aka the same photographer who shot Channing Tatum's speedo romp earlier this week -- they're getting it done right now, they are. Anyway what do you guys think Benny's chances are at the Oscars? He's my pick -- I'd give the prize to every actor from Power of the Dog nominated, and yes that means Kodi Smit-McPhee would snatch the Best Actress trophy from whatever actress wins so Jesse Plemons could have the Best Supporting Actor one -- but being "my pick" is almost always a kiss of death. The supposed frontrunner Will Smith is actively my least favorite thing about  King Richard, a mediocre TV movie that I'm nevertheless glad exists because Jon Bernthal wore tennis shorts for us. That was a gift -- the rest, meh. Anyway hit the jump for the shoot... 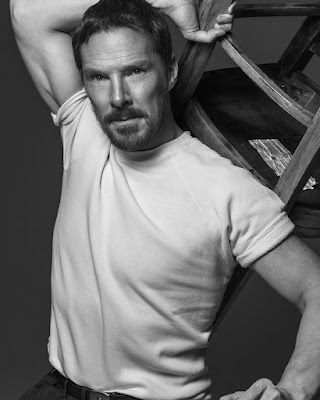 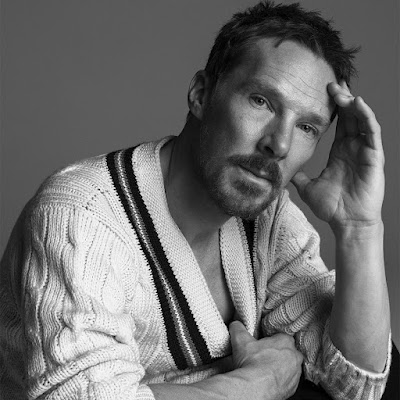 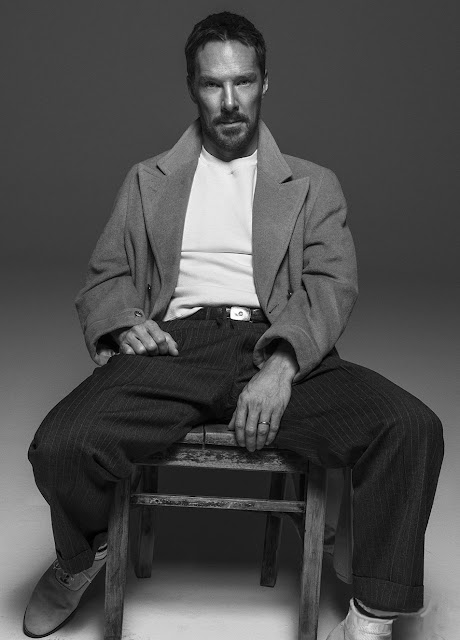 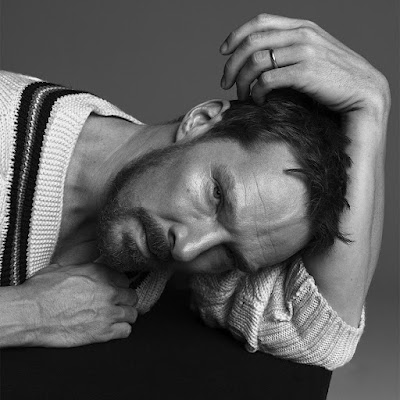 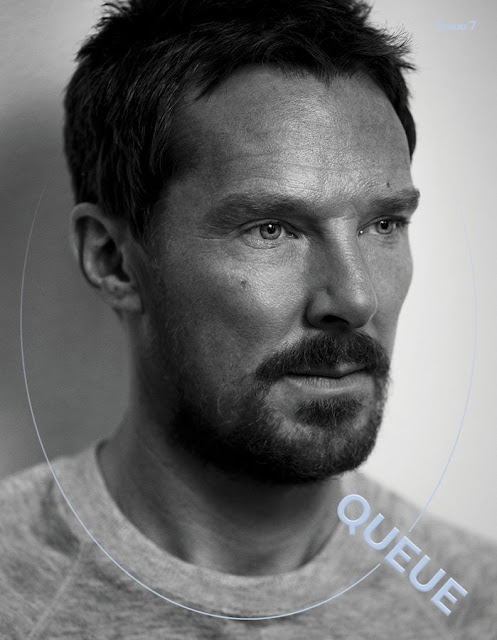 In my next life, I would like to be Inez and Vinoodh's camera.

Benny is an amazing actor... I love his transformation from A-Dorkable to straight up Zaddy.

Sorry but not for 1 minute did he convince me he was a cattle man who had lived on a farm all his life.

He hadn't lived on a farm all his life, and he was supposed to be kind of unconvincing! They talk about it in the movie, how he went to Yale and was a lit major and how all of the posturing as a cowboy is just that. That's a big piece of his character, that we don't buy him as this thing because he's putting on a front -- I would imagine he fell for Bronco Henry and just started acting like the person he loved, like people do. The whole point of the film is he sees too much of himself in awkward Kodi Smit-McPhee and that's what annoys him about the boy.

Tho I like Cumberbatch (a lot), I think his performance is the weakest. I also didn't buy him in this part. Followed by Dunst. Plemmons was okay despite his character being pretty much wallpaper. Kodi Smit-McPhee is captivating.

Overall, the film was underwhelming for sure.

Yes, he studied classics and he's very proud of his intellectual prowess, but he's also shown to be exceptionally good at all ranch work, and he commands the respect of the working men; so, let's just say that he's an atypical cowboy in more ways than one - his Bronco Henry infatuation and style of manliness is another one. In this regard, I thought Cumberbatch was excellent (as well as Kodi Smit-McPhee) in a certainly good but otherwise overrated movie.

By the way, Jason, I remember noticing in the currently reading section that you've also read the book. How do you think the film compares to it?
I found it fell short: way too much character development is missing and as a result George, the other brother, is (occasionally) just there, while Rose's character is surprisingly pathetic to the point of being almost incomprehensible; the viewer is left to infer way too much from, most of the time, barely mentioned information, and this is true (to a lesser extent) even for Phil and Peter. I wonder if viewers not having read the book felt that several links are missing, especially when it comes to Rose's almost immediate breaking down into a million pieces, or Phil's much hyped awfulness... Plus, I didn't like the change of setting from a landscape dominated by all encompassing mountains and alternating between freezing cold and suffocating heat, to the evergreen and oh so mellow little hills of the New Zealand scenery. As for this, it's very telling how the pattern of a dog chasing its prey that Phil and Peter discern on the mountain side (how very appropriate for the young killer), it's reduced to a mere barking dog in the film (poor Phil!).

All in all, a limited series perhaps would have been better suited for the material?