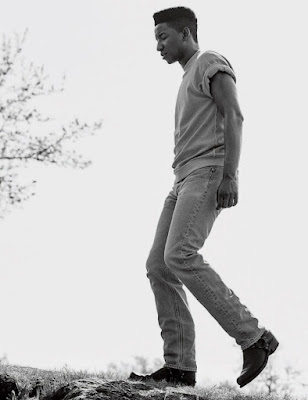 Alright so has anybody watched the series called Archive 81 on Netflix yet? I had a ton of things that I meant to get done over the weekend -- Sundance starts in a couple of days for god's sake! -- and yet somehow ended up binging all eight episodes of this new Netflix horror show instead. Talk about a series that scratches an itch I like scratched -- conspiracies and witch cults and old NYC apartment buildings, degraded videotapes and evil static and the spirit photography craze of the early 20th century... Archive 81 is very much aimed at my sensibilities and yet I hadn't even heard of it before Friday? Fail! Anyway I enjoyed it and would love to hear y'all's thoughts if you have tried it on for size. 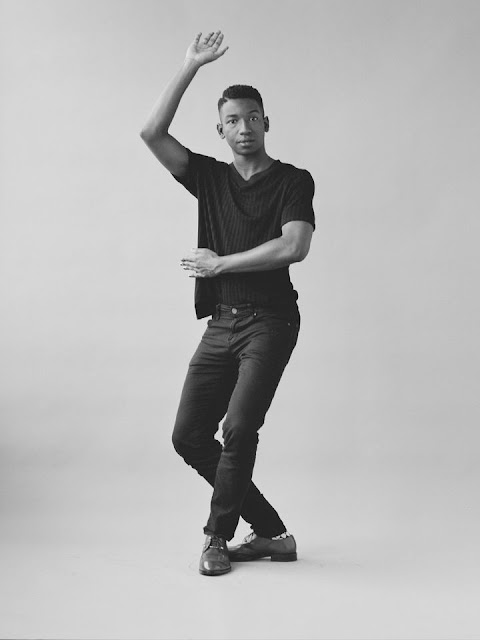 If you need more info it stars Mamoudou Athie there (who you might recognize from The Get Down or Kristen Stewart's terrific horror flick Underwater) as a tech dude enlisted to save whatever content he can off of some burned-up videotapes, a process which leads him waist-deep into the aforementioned witch conspiracy cult nonsense.  Here's the trailer below. You should totally watch the show if you like any of the things I listed!
Who? Jason Adams When? 5:14 PM
Labels: gratuitous, horror, trailers

I started it this weekend. Saw ep1. Reminded me of Deus Ex Machina, with the found footage added. I was very intrigued. It wasn't scary but I could see where the scare potential is gonn come. If it keeps up, I'll watch the whole thing.

I liked it a lot. Thought Athie was British. Looking him up found out he wasn’t. Think it should have been six episodes not eight to make it a tighter show.

Really loved it! I found the first few episodes a bit more on the "scary"/horror side and less so as it veered more into sci-fi as the episodes continued, but the cast was so good. Didn't even recognize Matt McGorry at first!!

really enjoying it. but curious—you say NY apt bldg which was what I'd been assuming but then I think (may have to re-watch) that the Visser was in LA.

Not that these things have tot have a single answer in this shapeshifty kind of story. Is anyone else confused?