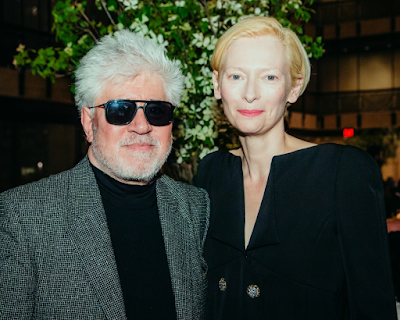 Yeah yeah Hollywood gave out a bunch of statues last night to a bunch of mostly deserving folks, yadda yadda, but the best thing to come out of the evening was some news off its red carpet...
.

A scoop! Pedro Almodóvar told me he’s about to shoot his next project, which is a short film and an adaptation of Jean Cocteau’s “The Human Voice.” It will be his first English-language project and it’s going to star TILDA SWINTON. Pedro! Tilda! Steel yourselves, Film Twitter!!
— Kyle Buchanan (@kylebuchanan) February 10, 2020

.
Cocteau's story is a one woman one-act play really, which shows us a young woman breaking up with her man on the telephone. Besides being staged it's been adapted a couple of times before -- Robert Rossellini's bifurcated 1948 film L'amore adapts it in its first half with Anna Magnani playing the woman, and then in 1967 Rossellini's former wife, a little somebody called Ingrid Bergman, performed the play for live the television series ABC Stage 67. 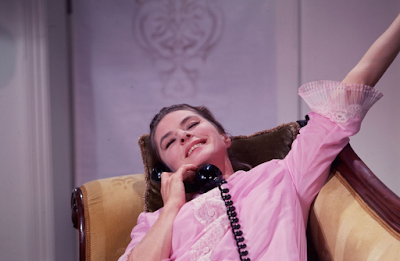 It seems to have been taken off of YouTube because of copyright nonsense but it looks like you can actually watch that at this link. I only started the video to see if it worked and it seems to. Anyway the germ of Almodovar's 1988 masterpiece Women on the Verge of a Nervous Breakdown was also this story; you can see the scene that started it in the finished movie with Carmen Maura... 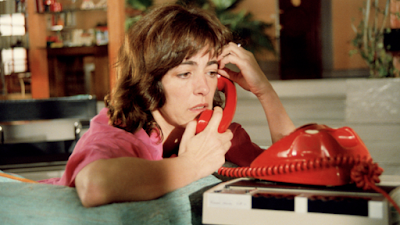 ... so he's clearly been a fan for awhile. Doing it with Tilda? My god. MY GOD. This is what Homosexual Heaven looks like. And I guess Pedro also brought up on the red carpet his long-gestating full-length stride into English-language filmmaking, his adaptation of Lucia Berlin’s short story collection A Manual for Cleaning Women, which has a whopping forty-three different stories in it -- supposedly Pedro's narrowing it down to around five. They're all set in the Southwest, like Texas and then over into Mexico, and it will be in both English and Spanish. What a dream!