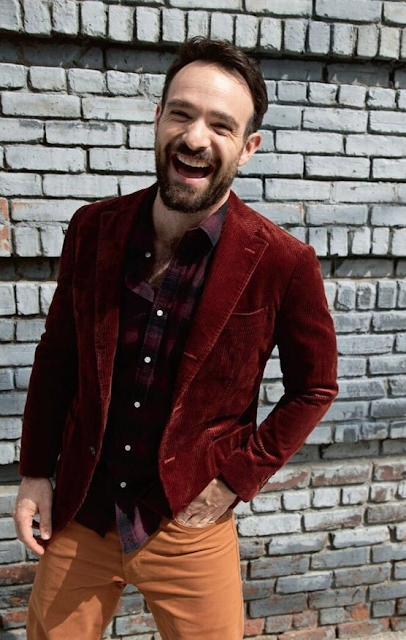 It's been awhile since I've had the opportunity to post about Charlie Cox twice in one day, and I'm taking advantage. (You hear me, Charlie? I am taking advantage.) Deadline's reporting he's doing a new limited series for Netflix -- called Treason it's a spy-series from the Oscar-nominated screenwriter of Bridges of Spies (on a sidenote, Bridge of Spies remains really underrated -- I dug that flick) that will co-star former Bond girl Olga Kurylenko and Game of Thrones actress Oona Chaplin. It'll see Charlie playing an MI-6 agent who gets all tangled up in a spy-triangle involving a former flame (Kurylenko) and his current wife (Chaplin). Sounds possibly sexy and exciting -- let's hope those possibilites are taken full advantage of! (Hear me, Charlie? Taken full advantage of.)
Who? Jason Adams When? 3:47 PM

Charlie Cox is an absolute gift. I’m glad Feige isn’t going to let that slip away.