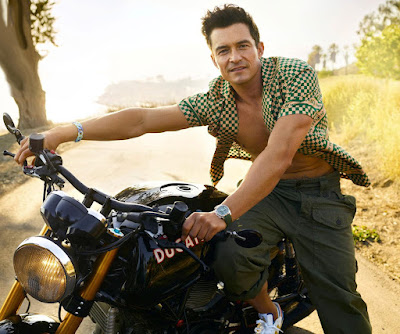 This shot is from People magazine's new "Sexiest Man Alive" issue that gave that title to Paul Rudd -- they always have some runners-up included and Orlando's included, looking much sexier than Paul did in any of his photos. Don't get me wrong, Paul Rudd's great (although ten years on I still have PTSD from the crap that was This is 40 and automatically wince when I see anyone involved with it) but... sexy? Adorable, sure. And to pull off adorable at 52 is something. But Orlando (especially in the wake of the revelation of his nudist inclinations) just reads as sexier to me. Hrm why don't I let you people decide... 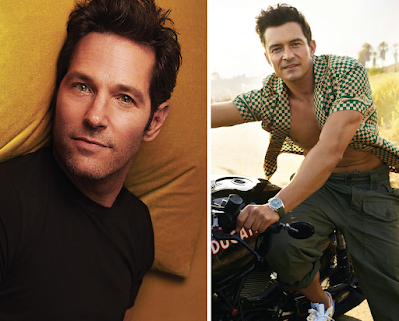 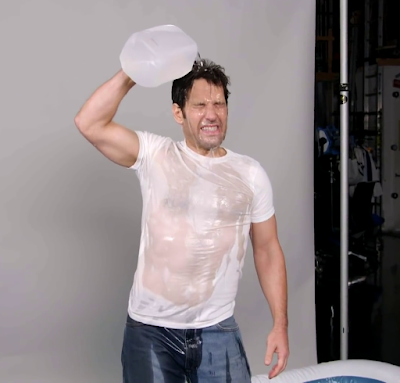 Paul Rudd has aged well, but he is this very vanilla, very American-looking, sexless man. Orlando is fire.

For me, I believe it was those naked paddle boarding (or whatever -- who knows/cares what he was doing) photos of Orlando from a few years ago. He'd always done little for me, probably owing to the elf wig, but, MAN, after seeing him in those photos, my mind was changed forever. He is so hot, and you just kind of get the feeling that he would know what he was doing in bed and would be cheeky the whole time (see also Gerard Butler)!

Orlando seems to improve with age. I never even considered him much when he was in LOTR. But now, woof woof.

They are both cute, both have magnificent chests, but Paul's has wonderful fur.

Orlando normally never did much for me but ever since he beefed up and started walking around in those little shorts...well, he's definitely moved up on my list.