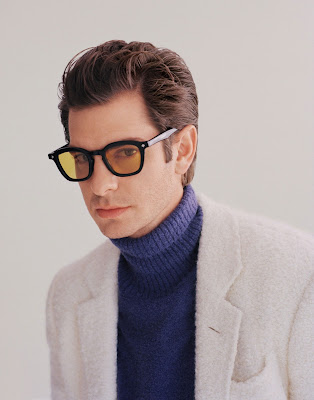 There was a brief period circa his "no homo" Angels in America phase where I flirted with turning on Andrew Garfield -- the friction between his straightness and his camp performance of Prior in that show verged on the distasteful, I thought -- but I think he's won me back with his role as the camp-acting hetero Jonathan Larson in Tick, Tick... Boom!, an adeal match between actor and role if ever there were one. (Here's my surprising rave review of Lin-Manuel Miranda's film, if you missed it.) I know those are a lot of needles to thread but we live in a heavily threaded time, y'all. Anyway these new photos are for GQ -- read the interview here, and see the rest of the snaps after the jump... 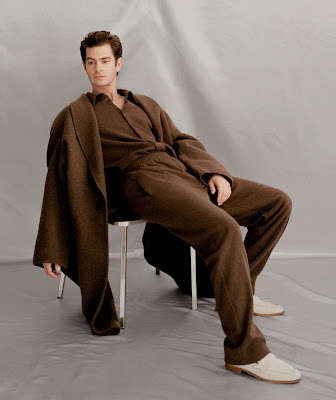 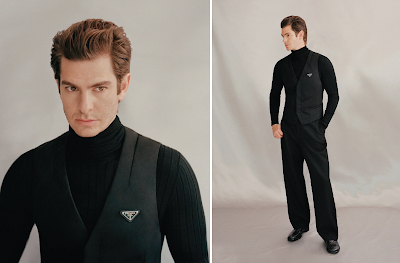 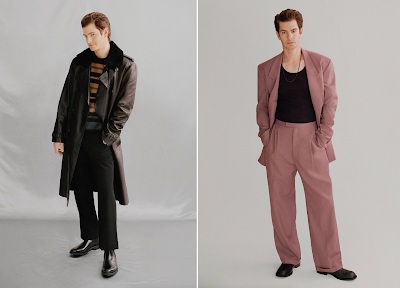 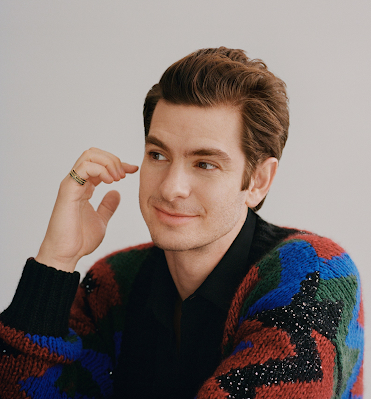 Who? Jason Adams When? 10:58 AM
Labels: Andrew Garfield, gratuitous

My partner and I just watched Tick Tick Boom, I had no idea it was about Johnathan Larson, the guy who created Rent. Who knew how big that would become.

Your reviews are true poetry. So many reviews simply describe a film and add in some opinions. In your reviews, you can feel, touch, taste what your experience was.

I'm savoring this film. It's a Thanksgiving feast that I'm nibbling in small portions. A few scenes every night. Garfield is a true revelation. He's always been charismatic, but here he is a snake charmer.

As a writer who is blindly finding his way with all the distractions, I found watching a story of an artist so dedicated to his craft mesmerizing and enviable. But tragic in that he didn't get to revel in the joy of the reception of his accomplishment.

Which is one of the points...I have loved reading review since the days of Pauline Kael and Siskel and Ebert. But ultimately, the joy of accomplishment comes from within, not from reviews. The film brilliantly shows that Larson experienced that joy. No external accolades could have topped it.


That said, Andy deserves all the awards this season.

Off topic...did you see and review Spencer? I didn't see you review on the site. Would LOVE to read your review.