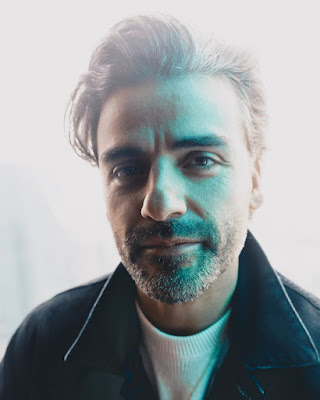 While I think it's bull-crap -- I know, such harsh language! -- that Denis Villenueve & Co didn't shoot the two parts of Dune back to back, I'm still excited to see that they are kicking into gear on the sequel so fast with today's word that the second film will begin filming in July. At this rate we'll have the second one by... 2024 or something? They say October 2023 but I think they're underestimating reality, which -- as the past year and a half has taught us if we didn't know already -- has endless ways of tossing wrenches into the works. Anyway I look forward to seeing it... right now. We'll see how I feel in two plus years (if I feel anything) (that is to say "If we're not all dead.") (Optimism, ho!) And, in summation, this has all been brought to you by any excuse to post that photo of Oscar Isaac, even though he probably won't (spoiler alert) be in the second film. The end.
Who? Jason Adams When? 3:56 PM
Labels: Denis Villeneuve, Jason Momoa, Javier Bardem, Josh Brolin, oscar isaac, Timothée Chalamet

One of the most kissable faces in Hollywood…

My money says much of part II is already in the can.

Oct 2023 is more than realistic considering Part One finished filming + reshoot in about 5 months, and the post-production is done during the pandemic. But I think they'll aim for Venice again.

Dune Part One was boring