6 Off My Head: Visconti's Stunning Menfolk 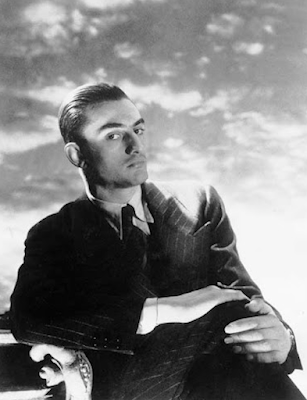 It's the 115th anniversary of the birth of Luchino Visconti, our problematic king -- the Italian aristocrat turned film director made some of my favorite movies of all-time, from his early Neo-realist masterpieces like La terra treme up through his baroquely crumbling critiques of the aristocratic bullshit he knew so intimately like The Leopard and The Damned. He made less than twenty movies but I have yet to see a single one I haven't found absolutely riveting. But even more importantly -- obviously! -- is the fact that he had one of the greatest eyes for male beauty we've ever been blessed the opportunity to share sight with, and his movies are feasts for those of us who appreciate such things. And so now that I have seen a majority of his movies -- not yet everything, but a majority! -- I feel safe in finally making this list...

The 6 Sexiest Men in Visconti Movies 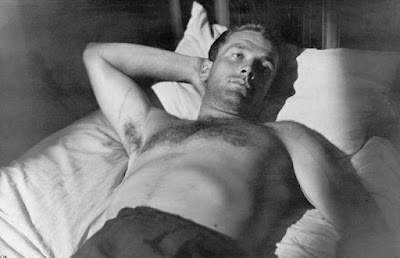 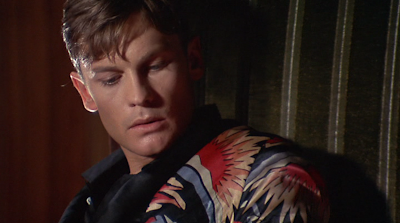 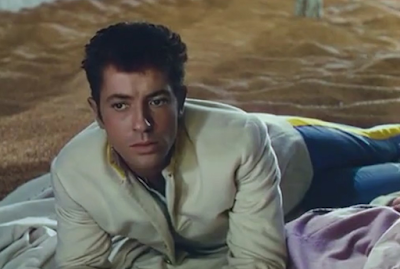 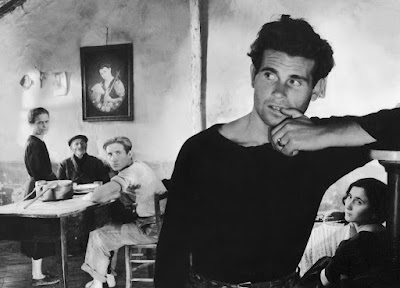 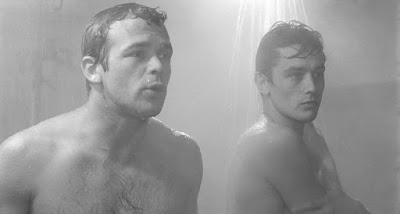 Renato Salvatori in Rocco and His Brothers (1960) 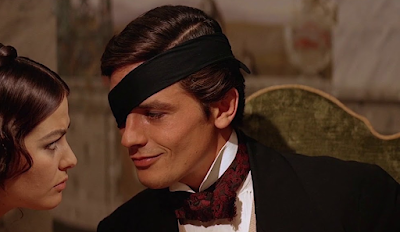 Alain Delon in The Leopard (1963)
(And Alain also counts in Rocco too, obviously -- Alain in any movie he ever starred in, ever! -- but Alain with that black bandage over his eye is a personal kink!)

What are your faves?
Who? Jason Adams When? 1:01 PM
Labels: 5 Off My Head, Alain Delon, birthdays, Farley Granger, gratuitous, lists, Massimo Girotti, Visconti

Nick -- L'Innocente is one of the few remaining Visconti films I still haven't seen!

L’Innocente is on Mubi as of today and it’s one of my favorite Visconti films.

I'll take Burt Lancaster in The Leopard, please...and then Renato Salvatori for the side piece.

Is The Damned available anywhere now?

Massimo Girotti is the hottest hunk ever.

Delon is too pretty. Too smooth. Too slim.

Jean Sorel in Sandra is *gorgeous* though he does come off as a poor man's Delon a little bit.

Oh shit I can't believe I forgot about Jean Sorel! I have posted about that before even. I still haven't seen that movie but I have seen photos of him in it, for sure.