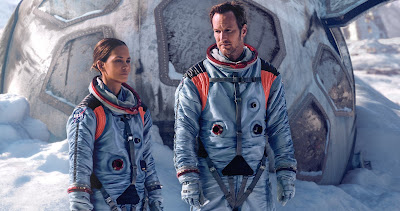 Vanity Fair has a new batch of images from Roland Emmerich's upcoming disaster Moonfall, which is about... the moon... falling... on yo head! I like so many of my serious-minded compatriots are entirely in the tank for this stupid motherfucking movie, partially based off that first trailer, partially based on the fact that it stars Patrick Wilson. Normally the answer to the question, "Why are you seeing that movie starring Patrick Wilson?" would always 100% be, "Because it stars Patrick Wilson," but I never was able to finish watching Emmerich's last team-up with Wilson... 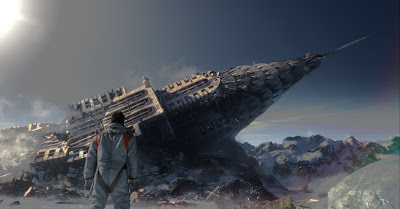 ... called Midway and that one was way gayer with all of the uniforms and Luke Evans and Ed Skrein kissing each other while wearing uniforms and Nick Jonas doing some kind of pepperoni routine. I don't know, I turned that trash off halfway through. But as I've echoed time and time again a Disaster Movie is the right kind of trash, and the Moon falling on Halle Berry and Donald Sutherland's head will probably get me through the entirety of Moonfall. See more photos over at VF, along with some words or whatever. Moonfall falls on our fool heads on February 4th! 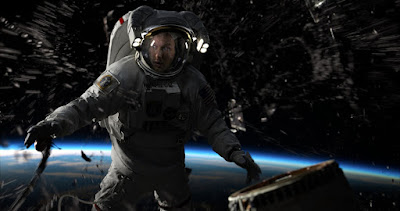 The interesting thing about the Moon falling is that a novel was written some years ago by R.C. Sherriff, called ''The Hopkins Manuscript'', perhaps it worths to read it again...

After seeing the trailer a couple of times, I'm wondering where the aliens are, because they've got to be there somewhere.

The only memory I have of watching “Midway” is the ticket stub that says I must have gone to see it.

Halle Berry is the reason i'll see it and my love of the Disaster genre.