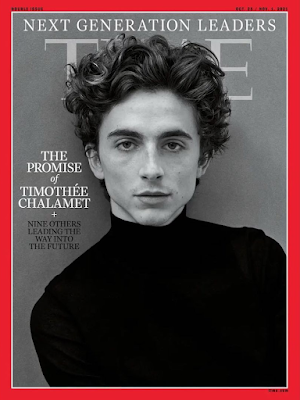 It is quite literally "Timmy Time" today, as the actor known as Timothée "Timmy" Chalamet has been revealed to be the spokesmodel on the cover this week's issue of Time magazine, seen above. Here is the article, if you like read and stuff. (And I know you do because you just did.) That is press for Dune (which is finally hitting U.S. screens on October 22nd) but some press for another movie of his came out over the weekend -- our first look at him playing the title character in a new Willy Wonka movie, an inexplicable origin story. Did you see those? And if you did was this your first thought too: 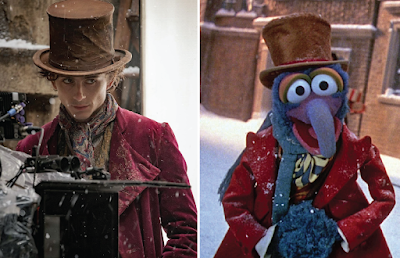 sorry jason i had to vote for gonzo! 😂