Jake's a Guy & a Prophet Both 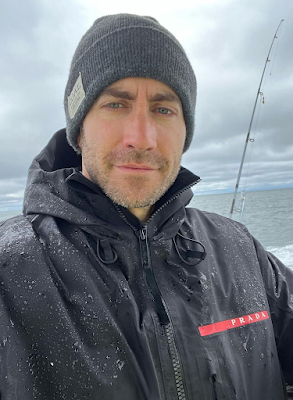 Ackkk just realized there were two news bits on brand new Jake Gyllenhaal projects back on Friday that I haven't mentioned! That's not acceptable! Hey Jake I've been naughty -- you better come 'n get me! (If this ploy worked I'd never report new Jake news.) So the news (oh right, that) -- first up Jake might star in Guy Ritchie's next movie, says Deadline (thx Mac). There's not a lot of information but it's a Guy Ritchie movie, we can fill in the blanks. We have been there, done that, for two decades now. Anyway Guy's movies are always super gay in an incredibly panicky way and sometimes that works better than others, we'll see.

That film is set to shoot before the end of the year. The other project that Jake is maybe lining up is an adaptation of a comic series called Prophet, by comic author Rob Liefeld. The director of Chris Hemsworth's big Netflix action movie Extraction, Sam Hargrave, is set to direct. I had never heard of this series before this, have you? Here's how it's described:

"Gyllenhaal will star as John Prophet, a man conscripted by Germans near the end of World War II and subjected to scientific experiments that gave him superhuman strength.... In the film, John Prophet volunteers for a German experiment near the end of World War II in order to feed his family. After a bombing buries him alive and traps him underground for 20 years, he reawakens in 1965, where things are not great for Prophet. The world has moved on without him, his daughter resents him, and KGB agents are after him to create super-soldiers from his blood."

Okay so it sounds like basically a Captain America rip-off to me, but the art (see down below) is much weirder -- more surreal outer-space kinda stuff a la John Carter of Mars? I don't know, maybe you know -- Jake lines up so many projects that go nowhere I'm not doing any more research until this thing's actually filming. But if it's a thing for Jake to get all ripped for I say let's make it happen! 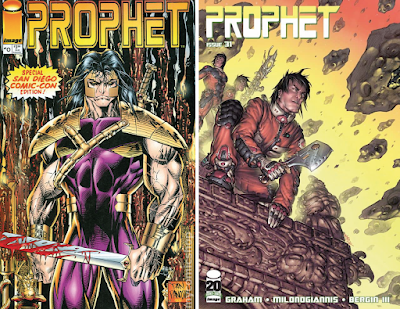