I had something else planned for this morning's "Good Morning" post but them plans got scrapped when the trailer for the brand new Scream movie arrived -- I had to get to that one quick! So I googled what actors are in it, saw Dylan Minette's name, and looked up this scene from his Netflix series 13 Reasons Why -- voila, "Good Morning" post. Now let's get to the Scream stuff that matters dammit! 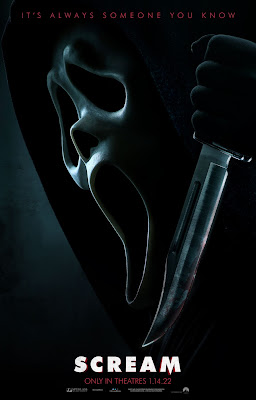 Released yesterday that's the first poster for the fifth film in the franchise, which we will always pronounce in our head "Five Cream" for the "5cream" they should have titled the movie. I waited to post it (along with the first images from the movie, which you'll see way down below) because I wanted to wait for the trailer which was pretty clearly imminent. And it sure was! Dropped this morning it shows our favorite Woodsboro trio of Neve Campbell, David Arquette, and Courteney f'ing Cox As Gale Weathers, back on the scene for a new batch of murders... well just watch the damn trailer:

I know I often say "Don't ever watch Horror Movie trailers!" because they ruin things but Scream's different -- this franchise is so baked into my DNA there's no not looking. I would die if I tried to not look. I won't look at any more trailers now though! But I had to see my friends and understand the peril they're in this time -- looks like the people being murdered are all related to former Scream killers! -- and this will be enough to sate / terrify me until the movie's out on January 14th.

The only shot I care about in the trailer -- if Gale is making this face nothing good can come of it #Scream pic.twitter.com/wQj5V82q1S

See? Already terrified. I just don't see any way where our main trio makes it through this movie alive, and that shot of Gale has me... oh, Dewey. You know, honestly, the only way I'll be okay with them killing some of the original trio is if they just go ahead and kill all three of them. That's the only way this can end. Just stab stab stab all at once, like ripping off a bandaid. It would feel symbolic in its way, them paying tribute to there being no more Wes Craven (sigh RIP Wes). Anyway that answer we'll have in January. Y'all tell me what you think of the trailer and I'll share those promised images from the movie after the jump... 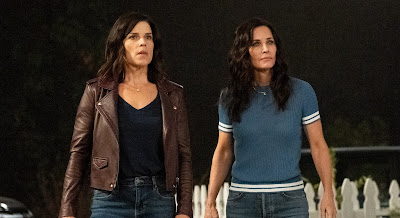 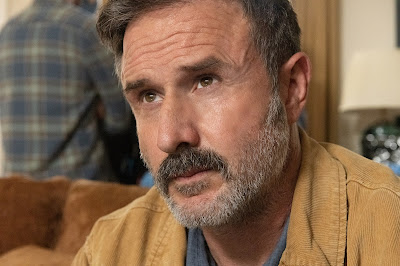 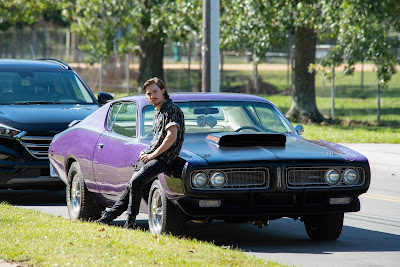 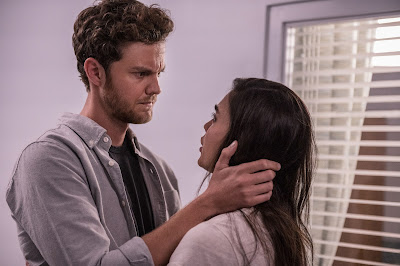 Scream gave me a crush on David Arquette way back in the day... and he's still looking quite good.

I second the above!