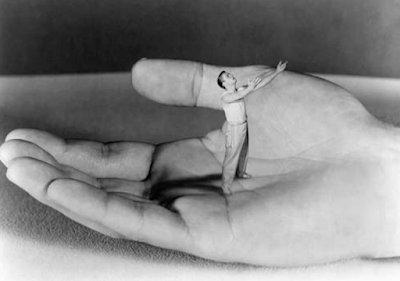 Scott Carey: I was continuing to shrink, to become... what? The infinitesimal? What was I? Still a human being? Or was I the man of the future? If there were other bursts of radiation, other clouds drifting across seas and continents, would other beings follow me into this vast new world? So close - the infinitesimal and the infinite. But suddenly, I knew they were really the two ends of the same concept. The unbelievably small and the unbelievably vast eventually meet - like the closing of a gigantic circle. I looked up, as if somehow I would grasp the heavens. The universe, worlds beyond number, God's silver tapestry spread across the night. And in that moment, I knew the answer to the riddle of the infinite. I had thought in terms of man's own limited dimension. I had presumed upon nature. That existence begins and ends is man's conception, not nature's. And I felt my body dwindling, melting, becoming nothing. My fears melted away. And in their place came acceptance. All this vast majesty of creation, it had to mean something. And then I meant something, too. Yes, smaller than the smallest, I meant something, too. To God, there is no zero. I still exist!

Two movies are out on Criterion blu-ray today and this 1957 science-fiction classic, which sees a man exposed to a cloud of radiation that makes him shrivel up like nuts in the ocean, is one of them. I haven't had the chance to watch my copy of the disc yet what with all my festival busy-ness but I hope to in time for Halloween. It seems horror-adjacent enough right? The concept is scary, the book was written by Richard Matheson (he is legend), and there's the infamous tarantula fight. Sounds horror enough for me! Also star Grant Williams looks pretty cute in images from the film... 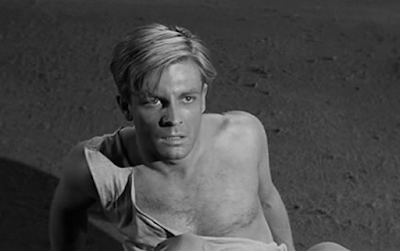 ... and that is reason enough. Anyway the other film out on Criterion today is Lynee Ramsey's debut feature, a Glasgow-set coming-of-age pic called Ratcatcher, which I also haven't yet seen. Any fans? My reactions to Ramsey's other movies have been complicated, but I think having complicated reactions to complicated films like Movern Callar, We Need To Talk About Kevin, and You Were Never Really Here, is really the only right way to react to them. 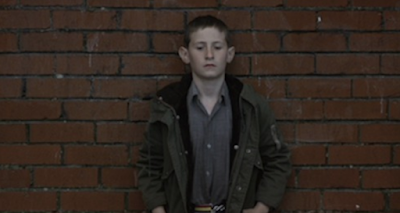 Who? Jason Adams When? 10:48 AM
Labels: Criterion, Life Lessons

I hope you'll write an extended comment on the Criterion Shrinking Man. One of my all time fav SciFi films of the 50's. And the quote you used which ends the film is one of the things in addition to the pretty spectacular special effects for the time, that made the film special. Also note the score. The main theme is pretty haunting. I'd like to hear what you think of the extras. I'll probably buy it eventually when it's on sale.