Reminiscence in 150 Words or Less 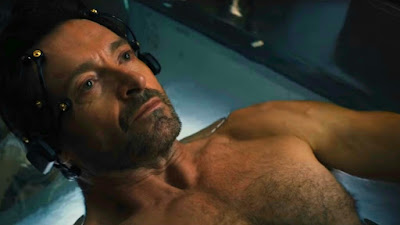 The best compliment I can give Reminiscence is it feels like a second draft script, not a first at least, but it needed more than two to be frank -- ten maybe? Or just toss it all out and start over? A total waste of time, much like the later seasons of Westworld funny enough -- I don't want to rag on writer-director Lisa Joy too bad because she's a Pushing Daisies alum and those people must be CHERISHED but this movie just does not work and I have no idea why it was made. Well scratch that -- I wish more movies like Reminiscence were made, in theory, because in theory it's a Sci-Fi Noir standalone curiosity that purports to be "about people" but in practice it's all bruised elbows and shattered glass, the remnants of a fight that reportedly happened but nothing to see here move it along...

#NowWatching REMINISCENCE which so far has a few things going for it... namely Rebecca Ferguson is incapable of not being 1000% watchable, and Daniel Wu's abs pic.twitter.com/x46kmhvIRw

Rebecca Ferguson for all the future roles plz

Honestly, we should just count our blessings whenever Hugh Jackman is shirtless.