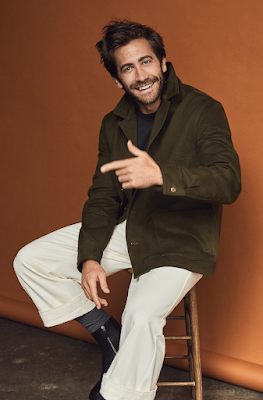 Over the weekend I shared two batches of Jake Gyllenhaal photos with y'all -- right here and right here -- which you maybe missed since I never post on the weekend and you'd be rightly inclined to not visit over the weekend due to that fact. I like to keep ya on yer toes, baby! Anyway the photos were for the Sunday Times but I hadn't been able to read the interview because paywalled -- thankfully some quotes have been snatched up by other outlets, and here's a choice bit from Mr. G on Brokeback Mountain (via), specifically whether he thinks a movie about a gay relationship could be cast with two straight actors today:

"Aaahh. I don’t know. Maybe? Part of the medicine of storytelling is that we were two straight guys playing these parts. There was a stigma about playing a part like that, you know, why would you do that? And I think it was very important to both of us to break that stigma. ... But then again I think that has led the way towards people saying, you know, people of all different experiences should be playing more roles, that it shouldn’t be limited to a small group of people. And I believe that. But at the same time, I was very proud to be in that space and to be given that opportunity. And the reaction from the majority of the gay community when the movie came out, I got this sort of — we both did, everyone in the movie — we got this overwhelming sense of open-heartedness and gratitude.”

I think we all have confused and contradictory opinions on this subject because there is no hard answer -- I think it just depends on the situation, and he's right that it was a huge deal in 2005, these name actors taking on these gay roles. You had to be there. And I wouldn't give up Jake or Heath's performances, or Timothee Chalamet's performance in Call Me By Your Name, for the world. But of course LGBT actors need better, fairer opportunities, and there's not nothing to the lived-in experience that they'd bring to these roles. I mean just think how much better the world would be without having been forced to suffer through James Corden in The Prom? 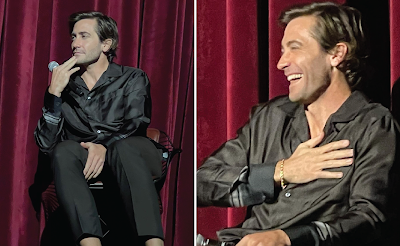 Anyway that subject's been talked to damned death, even by me, so let's move on. Jake's new movie The Guilty is playing here in NYC right now -- I didn't go but he did a big Q&A at The Paris Theater (speaking of Call Me By Your Name) this past weekend, which is what the above photo is from -- and hits Netflix on Friday; I reviewed it right here when it played TIFF a few weeks back. He's very good in it, while the movie itself is fine. It's fine. See it for Jake, Jake's biceps, and you'll be happy. On the Netflix front there's yet another chat with Jake at that streamer's new magazine called Queue, which is what the top photo is coming at us from, and I have two more below along with some photos of him rocking his pink tux at the Tonys too!  Hit the jump for them... 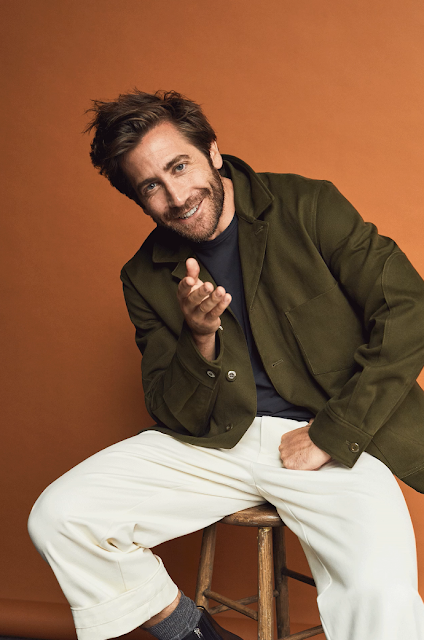 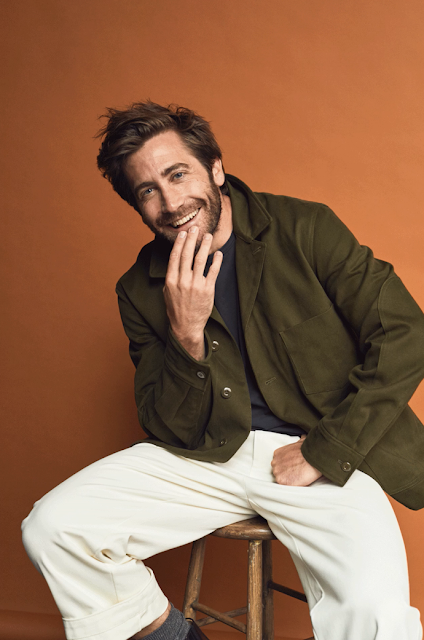 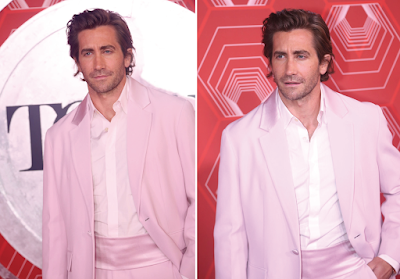 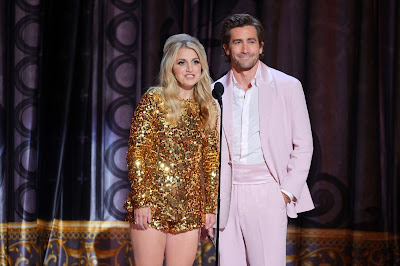 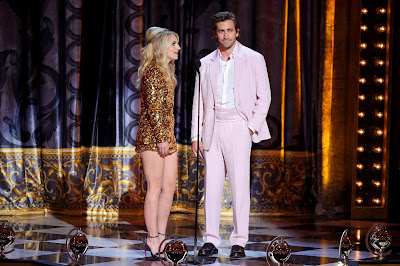 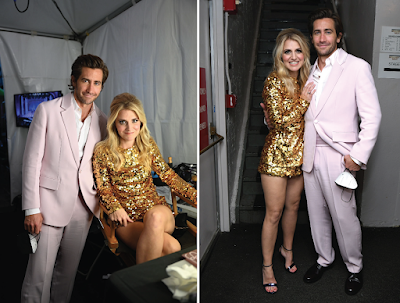 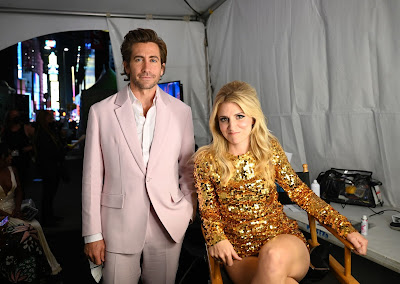 Oh and a bonus!

Here's another shot of Jake in his weird sexy knit jumpsuit pic.twitter.com/qZXkqXjNLJ