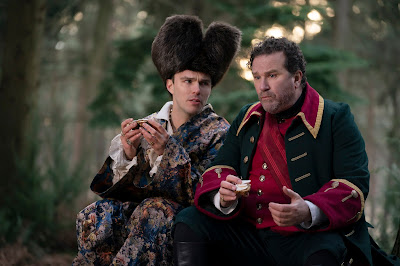 Our first looks at the second season of The Great are here -- I do hope you're all intimately familiar with the show by now, which stars Elle Fanning and Nicholas Hoult as Catherine the Great and Nicky as that Peter fellow she's married to. The first season was a personal fave -- not just because it had that extended scene of Nicky walking naked down a hallway but that, my friends, is what's called a "perk" -- and I'm pretty excited for its return, which occurs on November 19th. I am actually thinking I might re-watch the show before then, since it's been a minute and I loved it so. Y'all should join me! Until then let's make do with the new photos, after the jump... 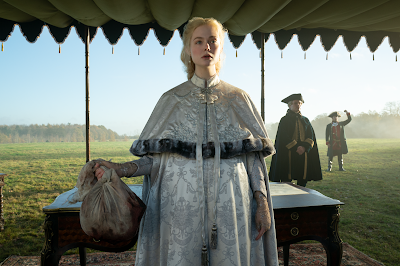 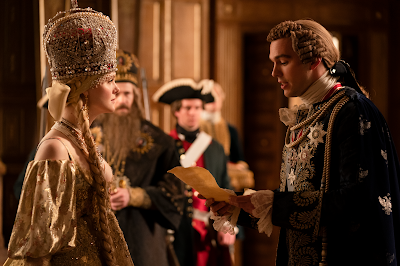 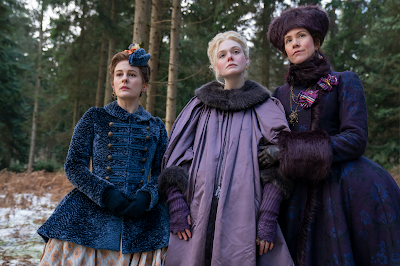 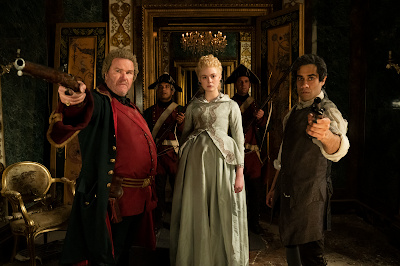 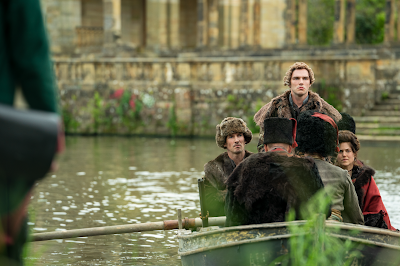 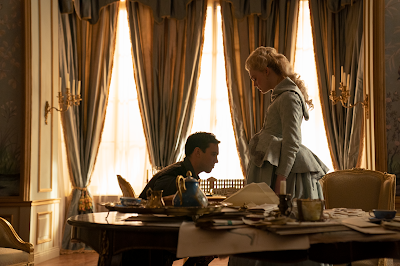