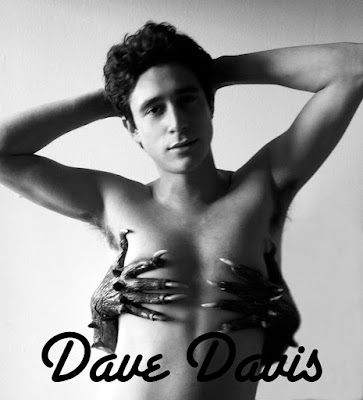 Although it feels like it came out about ten thousand years ago the horror film The Vigil only came out in February -- a good reminder that time has lost all meaning! -- and so it makes sense that it's only this week hitting blu-ray, I guess. Which it has! You can buy it here! I reviewed it in "February" apparently and I said very nice, very true things about it, that review is right here. That photo of The Vigil's star Dave Davis up above is not from the film, although I sure wish it was -- the movie would've been even better with some of that! That photo is off Dave's IMDb page and says it's from the set of Leprechaun's Revenge... so I gotta watch Leprechaun's Revenge then? Okay I don't know why I have fallen down this hole (yes I do) but Leprechaun's Revenge is a 2012 TV movie that actually got retitled, and is now known as Red Clover -- blah, much more boring title. And it stars Billy Zane??? 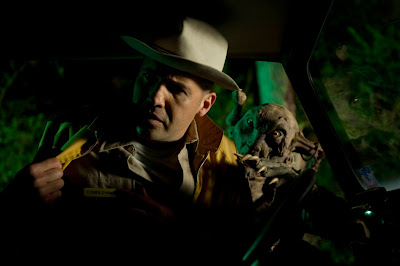 I don't know what is even happening anymore. The Vigil is such a good solid serious horror film, and I'm posting photos of a wonky mud puppet molesting Billy Zane's lapel -- where did it all go wrong, Jason, where did it all go wrong... ahem. I know what you're thinking. HOW DO I SEE RED CLOVER AKA LEPRECHAUN'S REVENGE???? You can rent it on Amazon! Amazing! What a world, et cetera! I know how we're all spending our weekends. In summation here is a video of Dave Davis singing on his Instagram, the end:

Is that a recreation of that Janet Jackson album cover? I think it was called "janet." With the period. Haha