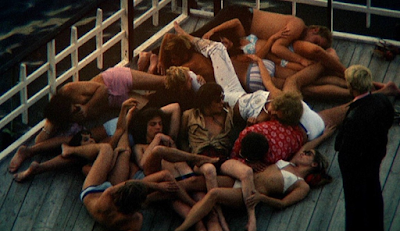 Journalist: What kind of movie is it?
Jeff: It's a film about brutality.
What else would one make a movie about?
Rainer Werner Fassbinder's wacky making-of-a-movie epic Beware of a Holy Whore came out 50 years ago today! Now I've only seen this movie once and it's been awhile so my word, per usual, means shit, but I always think of this film as kind of an outlier amongst RWF's movies --  it feels shambolic and loose, focused on a bunch of people relationships and not just one or two like he usually does. It's much more about just capturing a scene and an atmosphere -- namely what it was like to be on one of his sets -- than any of his other films, and as such I recommend it over the recent Fassbinder bio-pic, which tried to capture the same thing but didn't quite land. I think I liked the bio-pic a little more than most people did but compared with Holy Whore there's really no comparison -- why watch an actress wearing a Hanna Schygulla wig when Hanna Schygulla is right there?!? Anyway maybe I'll re-watch this one tonight... 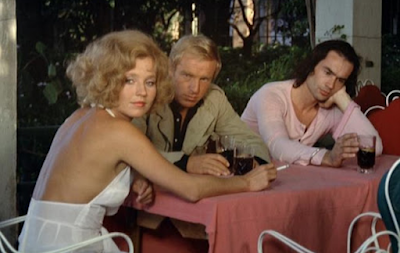