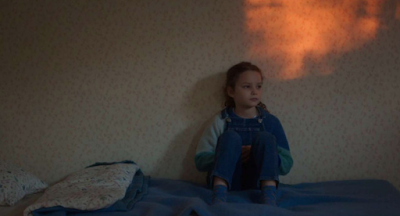 Whenever I visit my grandmother's house there sits an old black-and-white photo of my mother as a little girl in the living-room. "As a little girl" is such an odd phrase isn't it? Like it's the credit in a film. Starring Jason's Mom, "as a little girl." It fits though, since the entire concept seems unreal -- what were our parents as children? It's impossible to imagine them as anything but what they are when we step into the world ourselves -- they've been there staring down since our cribs, and the concept of a "before times" is rendered to weird fiction thanks to our all-defining egos. And yet whispers of that pre-place nibble about our edges. A photo stares back, quizzical eyed. No matter how many questions we ask it's like the right questions, the ones that will get us to an understanding, remain ineffable, ill defined, out of reach.

That's what Portrait of a Lady on Fire filmmaker Celine Sciamma's delicate swoon of a new film Petite Maman is all about -- in seventy brief minutes how do we map impossible landscapes, the ones that define who we are and where we stand in relation to the people who matter the most to our lives, our hearts? It requires magic. It requires storytelling. It requires a tree fort built in the trees -- between four trees, not three! -- in the middle of the woods behind the house where our loved one was raised. Going into those magical spaces, those ones that mean so much to the people who mean so much to you, already feels like some sort of wonderment -- Petite Maman makes that wonder real to the touch.

When we first meet sweet little Nelly (Joséphine Sanz) she's already drifting through someone else's space, a space where the ghost of what was an important person lingers -- her grandmother has just died and she and her mother (Nina Meurisse) are clearing out her things at the nursing home. From there they move on to mom's childhood home, packed to the rafters with ghosts, as we define memories, pieces of furniture and walking sticks -- they have got a few days to clean the place out, sort through an entire lifetime. Three lifetimes really, for three generations. Too much to cram into one backseat and go. 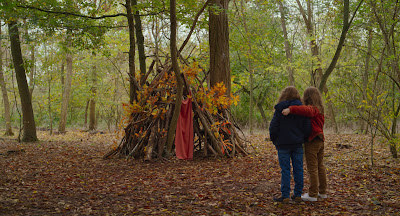 A tension thrums between Nelly's mother and father -- he shows up later, helps a bit, and then Nelly's mom has disappeared the very next morning. It's not what you're thinking -- this isn't some murder mystery nonsense -- but still a squeak of that kind of tension volunteers itself at unexpected moments; we follow a little girl on her own, doing her own thing a lot of the time, and the world is a big dangerous place after all. Death already exists in this place -- it is possible, tangible. Pain a spectral presence; the metal swinging handset over a bed showing that suffering took place here, and for extended periods.

And then, like something out of Peggy Sue Got Married, Nelly wanders all of a sudden through that tree-fort straight into the past. On the other side, not over the river but yes through the woods, another grandmother's house -- we wonder if this place is Coraline adjacent, button eyes on our opposites, but no. There on the other Nelly nonchalantly meets Marion, aka her own mother as a little girl (played by Joséphine's sister Gabrielle), and they make fast friends. Fast sad friends, with their own sets of ghosts, but what a thing to bond over.

It's only days before Marion, Nelly's little mother of the title, is set to have surgery -- a surgery to right the illness that plagued Marion's mother, Nelly's grandmother, a lifetime to the grave. And it's here, in this twilight moment on the precipice of innocence lost, the place where Marion grew up and out of childhood, that Nelly finds her, woos her, and together they make crepes. They laugh, they make crepes, and reader how I sobbed. It's the sweetest crepe-making scene in the history of existence, I tell you, and Sciamma weaves the most delicate and tender crepe-making magic.

"You didn't invent my sadness," Mom informs Nelly in the film's deeply moving and wise final moments, but by then we know that already, and only too well -- we all move with them, independently defined by every damned person around us, squeak after squeak. To be granted the gift of seeing it, my god. What a gift. What a movie. What absolute magic. 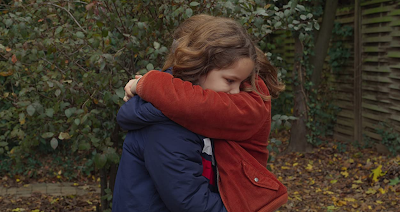 I saw it today. Its kind of shallow in my opinion.