My Job is to Please Everyone 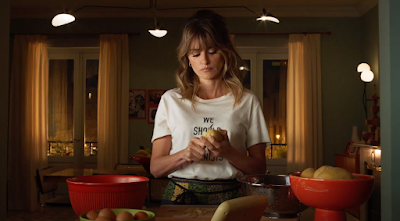 "Two women, Janis and Ana, coincide in a hospital room where they are going to give birth. Both are single and became pregnant by accident. Janis, middle-aged, doesn’t regret it and she is exultant. The other, Ana, an adolescent, is scared, repentant and traumatized. Janis tries to encourage her while they move like sleepwalkers along the hospital corridors. The few words they exchange in these hours will create a very close link between the two, which by chance develops and complicates, and changes their lives in a decisive way. "

Viva complicated ladies, as ever! And now the trailer:

Parallel Mothers is playing at Venice and then NYFF -- which is where I will hopefully see it, fingers crossed -- and then gets a proper US release on Christmas Eve in December. If you missed the film's spectacular poster click here. In summation: ROSSY!!!! 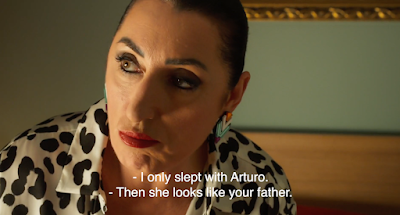