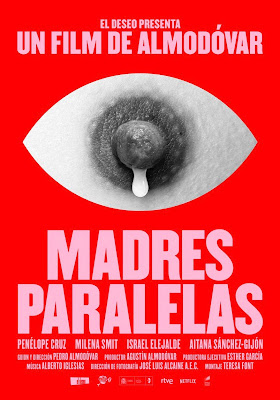 We're like five minutes into Monday and Pedro Almodóvar's already won the week with the reveal of that, the stunning and one might say provocative poster for his new movie Madres paralelas aka Parallel Mothers. Happy to discover that Pedro's clearly a fan of The House Bunny! 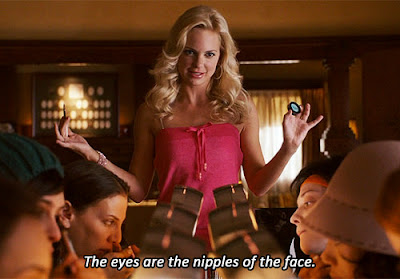 That said I doubt that will be the U.S. version of the poster -- we're total prudes, so be on the look out for some generic shot of Penelope Cruz looking wistfully into the distance, probably. Anyway I forgot to post about the news that this movie is the Closing Night Film for this year's New York Film Fest, which is groovy and I'm looking forward to that. For those of you who won't be able to see this at a fest it's opening here in the States on Christmas Eve. 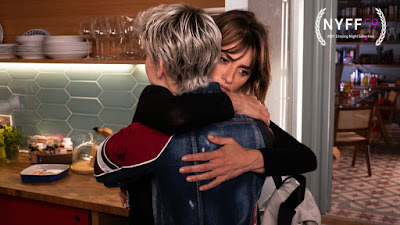