A happy 34th birthday to the actor Manny Jacinto today -- not that it's any excuse, given how many people I've posted about without ever having seen them in anything, but MNPP's light on the Manny content still, given what I just said; even though I've known who he was for some time (you see that jawline, you take note) I only just watched him in the very first thing this week, Netflix's very fun new horror series Brand New Cherry Flavor (from the creator of the great Channel Zero), which you might have seen me tweeting about over the long weekend.

Really thought Manny Jacinto's role on this show would be bigger since he's Twitter's Current Boyfriend - since I don't watch The Good Place I was hoping to get an idea of him (and his abs) but he's hardly on this. Hope the Nicole Kidman Program rights this egregious wrong pic.twitter.com/ngaUdJv9fy

(There's a whole thread above screaming about Catherine Keener's awesomeness if you click on that tweet.) That gif up top is not from that show, because like I said BNCF didn't have much for Manny to do -- that gif is from some Canadian spy program called The Romeo Section. Have any of you seen it? He was in its entire first season but it's not available to watch here in the States (at least not legally anyway) and so that gif was all I could find (via). I'd love to see the entire scene! 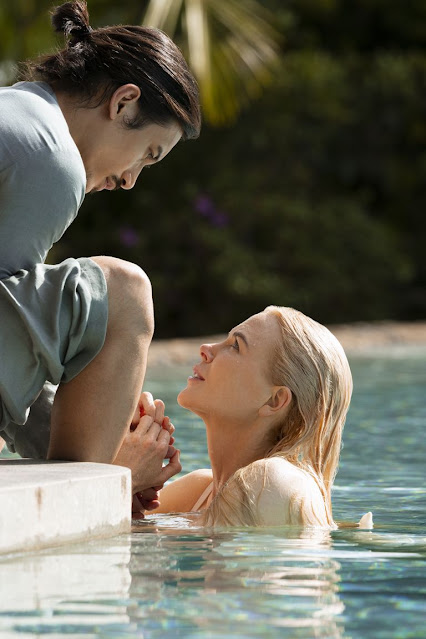 Anyway I think Manny's about to be showing up lots -- that's him on the new Nicole Kidman soap opera Nine Perfect Strangers (well that's what it is, let's be real -- these limited series are just condensed versions of Dynasty at this point), which premiered on Hulu this week (and which also stars Melissa McCarthy, Luke Evans, and Michael Shannon, oh my). I haven't had a chance to watch any of that yet, I have been very busy every night with Fantasia Fest screeners, but the minute I have a minute I will spend that minute on that, I promise. 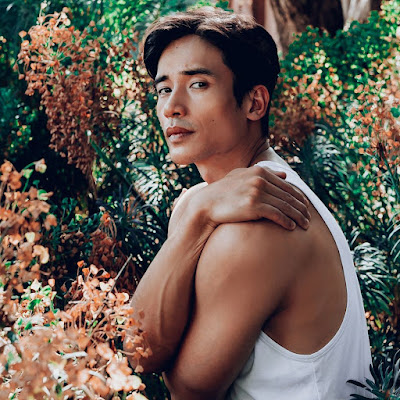 He's very funny (and sweet) on THE GOOD PLACE! The whole cast is so good

I saw that first episode. NK is off the charts. But I definitely took note of Manny. Yummo.

100% literal soap opera (though totally fun): Did you see the in-world commercials they made for Hello Fresh?