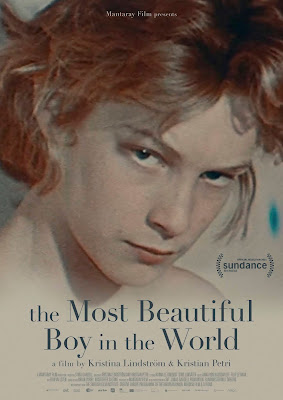 Earlier this year I told you about the documentary The Most Beautiful Boy in the World, which takes as its subject the Swedish actor Björn Andrésen, who once upon a time got starred in Luchino Visconti's classic film Death in Venice -- more recently he had a small role in Midsommar. The film focuses mainly on his Venice experience though, which was traumatic for the teenager -- the sexual attention he received well before he was anywhere near prepared for it has affected his entire life. The doc played at Sundance -- I reviewed it right here -- and now we have word of a release date, September 24th. In NYC and LA anyway; it'll presumably hit streaming not long after. Here's the trailer!
Who? Jason Adams When? 3:11 PM

FoxVerde said...
This comment has been removed by the author.
11:55 AM

we watched this last night. for me it almost seemed like a real movie it was strange and beautiful. the twist near the end was hauntingly shocking.
great film.

i wanted to say too that whenever they showed him young onscreen or in pictures i thought he looked like jodie foster in "contact".