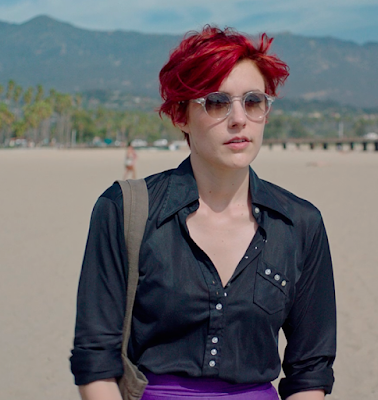 "The part of Abbie was just enough beyond me so that I was always chasing it, out of breath and thrilled. I wasn’t sure if I was any good, which made me feel very alive, which is how I think one should feel making something always, whether as an actor or a director or a songwriter, though I don’t know because I’ve never written a song. Mike’s process of filmmaking invited us all to live in that space of not-quite-certainty. His films are so clearly from him and part of him and his distinct voice, but he continually gives it to his collaborators for them to own and reshape. I don’t know what the inverse of a dictatorship is, but Mike directs like that..."

-- That's just a small passage from the essay that Actress turned Director Greta Gerwig penned for the gorgeous hardcover book that A24 announced last week for Mike Mills' 2016 masterpiece 20th Century Women; the entire essay has been posted on Nylon's website, read it here (thx Mac), for those of us who don't have the sixty bucks to drop on the book (god I wish I did though). Still can't believe that's the last time Greta acted -- five whole years! But we don't have long to wait for her to act again -- just this week she's been spotted alongside Adam Driver shooting Noah Baumbach's adaptation of Don Delillo's book White Noise! Here's a grainy photo: 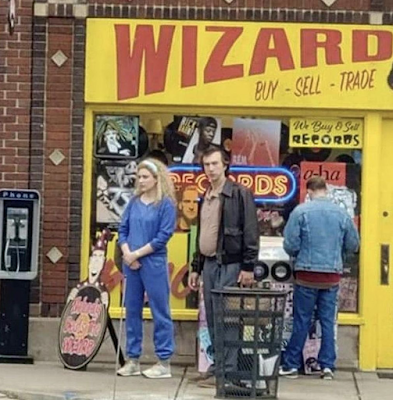 Yeah I have no idea what to expect, I still haven't read the book. I should move it to the top of my book pile, terrifying teetering thing that it is. Anyway lots of Gerwig news this week -- sounds like there's forward momentum on her movie about the little plastic lady Barbie, set to star Margot Robbie, as it was reported last week that'll definitely be her next directorial gig. That's not until next year, but it is actually happening. How weird! Maybe Timmy can play Ken...