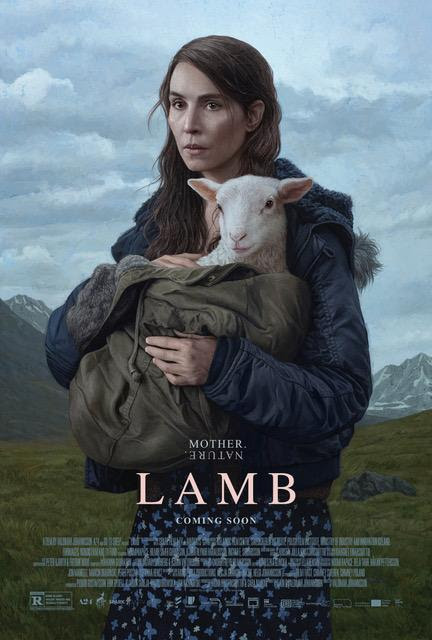 There were a lot of jokes on Twitter this week about the Nicolas Cage flick called Pig coming out only to a few days later have the news of a movie called Lamb coming from the studio known as A24 -- I mean with that studio's already well-established menagerie of animal iconography (the goat from The Witch, the gull from The Lighthouse, the cow from First Cow, et cetera) this seemed like poking the beast! But then Pig turned out to be absolutely stellar -- I really hope I find time to review it this week, but if not I recommend heartily -- and the trailer for Lamb, which stars Noomi Rapace and is from first-time director Valdimar Jóhannsson looks smashing, so maybe I guess the joke's on us. Animal movie renaissance!

I mean yes Lamb is one that looks so A24 pre-branded it's difficult to believe the film actually got made by a human person and not by a studio-appointed committee who decreed the number of sheep hides and flower crowns to the nearest ounce. But I'll take it since I do love and am such a ripe damn sucker for the A24 brand. Lamb is out on October 8th.