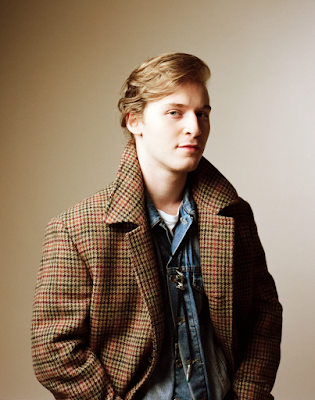 A fresh obsession in my household is the actor Fred Hechinger, who's had a big few months popping up unexpectedly in front of me with Joe Wright's (rightly-excoriated) The Woman in the Window, Steven Soderbergh's Let Them All Talk, an episode of Barry Jenkins' The Underground Railroad, Paul Greengrass' forgotten Oscar-contender film News of the World, the Tribeca film Italian Studies (which I reviewed right here), and finally the biggest ongoing two-fer real reason for this post -- the Fear Street horror trilogy on Netflix and Mike White's HBO series The White Lotus (which I wrote about over here). This is an astonishing run, y'all -- most of us only saw him for the first time in Bo Burnham's Eighth Grade just three years back... 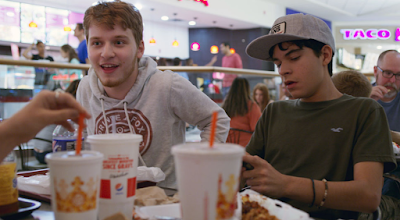 ... and now he's everywhere! And I'm great with that! Most of those roles I just rattled off were small but those last two especially, Lotus and Fear Street, have proven him a delight. He played such a fun weirdo in Fear Street: 1994, far and away my favorite thing going on in it, and in Mike White's hands he's... well he's also a fun weirdo there but the performance is dialed down and surprisingly introspective, and I found his whole arc, without getting spoilery, pretty moving. 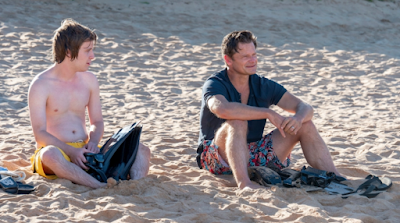 Anyway he is very much somebody we should all be keeping our eyes on, and learn his name if you don't know it already. He's good stuff! In related news here's the trailer for the final part of the Fear Street Trilogy, subtitled 1666, which premieres on Netflix this Friday. Have y'all been watching these movies? I think they're a lot of fun -- don't take them seriously, just enjoy the ride.
Who? Jason Adams When? 2:36 PM
Labels: Barry Jenkins, horror, Mike White, Steve Zahn, Steven Soderbergh, Tom Hanks, trailers, Tribeca

Very much enjoyed him in Fear Street, but he was probably the worst part of a mixed bag ensemble in Woman in the Window. Everyone in White Lotus seems to be on their A game so looking forward to the season!

I couldn’t finish the first Fear Street. There’s dumb fun and then there’s just dumb. It was painful.

Fear Street caught me by surprise how well done. The production values, stunt work and VFX really showed somebody spent a lot of time and money to perfect. The acting, meh

I thought he was absolutely terrific in "The Underground Railroad" –– he perfectly captured how deeply rotten to the core Ridgeway while still feeling like a fully fleshed out human being, which is no small feat.

Once again, same page. I watched Fear Street and White Lotus, was wondering who he is. Enjoyed him in both, still need to watch Underground Railroad. Fear Street Pt 1 was better than 2, fun trash. Really liked the first ep of Lotus, very curious about where it will go.

i wonder what the soundtrack music selections will be for 1666? 😂