A Time For Fresh Stars 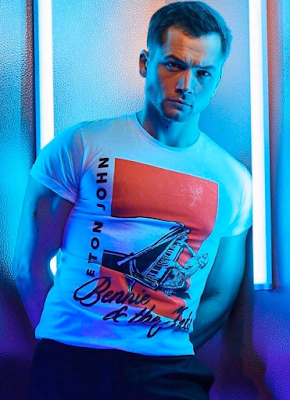 Picture it: you have your choice between Taron Egerton and Robert Pattinson! For most of us such is a dream we'd conk ourselves on the head to stay inside of, but for French auteur Claire Denis it's a reality. She'd already chosen Pattinson for her next film called Stars at Noon -- they'd worked together previously of course with High Life, and they seemed to dig each other hard -- but when Rob had to drop out due to scheduling conflicts (they don't specify but how much ya wanna bet it was Batman?) Denis has now announced that Egerton will be replacing him in the film. It's based on a 1986 book by Denis Johnson and here's how it's described:

"The film is set in Nicaragua amid a period of violence and political turmoil. Egerton will play an employee of a shady British oil company who becomes entangled with a struggling female reporter, played by Margaret Qualley, whom he meets in the bar of a faded luxury hotel."

Am I the only shallow individual who is hoping for shirtless photos of Pattinson with his possibly new Batman body?

Good, I love this guy. He should have been nominated for Rocketman. I don't get Qualley's appeal, tho. Critics were flipping out over her in OUATIH, but I didn't think she was anything special. And that video she did with Shia LaBoeuf was painful.

This movie sounds...like something I won't be seeing.