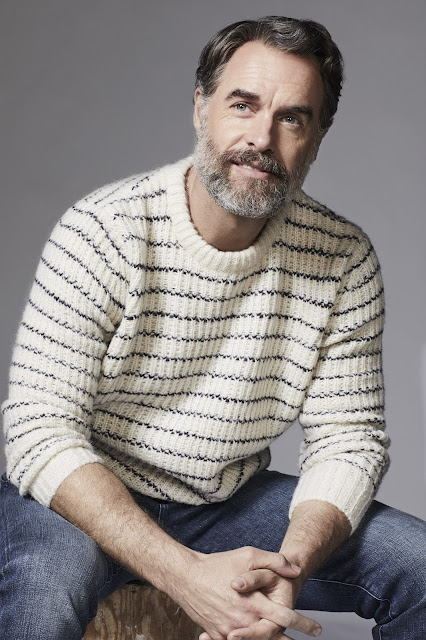 When I posted last October about Enlightened creator and beloved MNPP hero Mike White developing a new show for HBO and then I didn't hear another whisper I figured it was a thing delayed by, you know, the world. Fuck the world! But wait, unfuck the world! Because it's not delayed, it's here, really here -- HBO just dropped the trailer for The White Lotus, White's limited series about the residents of a wellness type resort in Hawaii (god he's smart, writing himself into a vacation in Hawaii during a goddamned pandemic), which will premiere on HBO and HBO Max on July 11th. The show stars... well a lot of people, but most importantly Murray Bartlett (seen up top) of Looking, adorable Jake Lacy and Steve Zahn...

... oh and Molly Shannon and Jennifer Coolidge and Connie Britton, oh my! Britton in particular looks to be doing a hysterical variation on the clueless privileged white lady character she played in White's brilliant and underrated 2017 film Beatriz at Dinner (White wrote the script; his oft co-conspirator in cringe Miguel Arteta directed). And now for the trailer! Watch, live, laugh... but seriously WATCH. I am so tired of everything White does being called "underrated" and then being canceled.
Who? Jason Adams When? 5:48 PM
Labels: gratuitous, Jake Lacy, Jennifer Coolidge, Mike White, Molly Shannon, Murray Bartlett, Steve Zahn, trailers

I'm not familiar with his other work (must go look) but this looks brilliant.

I'm so sick of beards