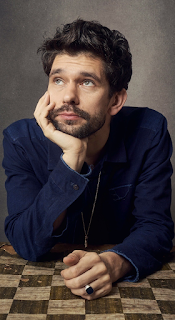 --- Now Them's Some Women -- I was already pleased as a punch to the happy-places when it was announced back in December that not only was Sarah Polley planning on directing her first new movie in nine years (an adaptation of the book Women Talking) but that it was going to star Frances f'ing McDormand, so trying to measure my renewed enthusiasm when a big batch of absolute queens were further announced to fill out the film's cast this week would be a folly's errand. Stratospheric shit! Said queens include Rooney Mara, Claire Foy, Jessie Buckley, and Ben f'ing Whishaw, oh my! The story "follows a group of women in an isolated religious colony as they struggle to reconcile their faith with a series of sexual assaults committed by the colony’s men." This is gonna be something y'all.

--- Friends No More -- I'll admit that my enthusiasm for In Bruges director Martin McDonagh has been dulled a bit by the projects he's done since that -- Seven Psychopaths and especially Three Billboards (ugh) were big letdowns for me -- but today's news that he's reuniting with the stars of his original masterpiece, Colin Farrell and Brendan Gleeson, for his next one well that gives me renewed vim n' vigor, McDonagh-wise. The film will be called The Banshees of Inisherin and will film in August and is about a pair of lifelong friends who're navigating the awkward space where they no longer want to be friends. 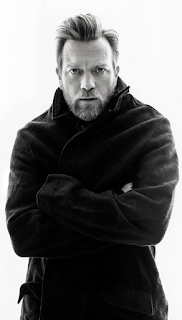 --- Ain't No Mountain -- Similarly it's hard to get too worked up over a new Doug Liman movie, even though his earliest work I glommed onto, 1999's Go, ranks among my all-time faves, since he hasn't made anything as good since. But I'm gonna give him another chance with this next project because it stars Ewan McGregor and Ewan is always worth a chance. It's a biopic of adventurer George Mallory, who tried to climb Mount Everest back in the 1920s, and it will co-star Mark Strong and Outlander hunk Sam Heughan.  Oh and it'll be called Everest, just like the Jake Gyllenhaal movie from a couple of years back, but I have a feeling that if Ewan has a nude scene in his Everest movie he'll let them leave it in, unlike Jake, so Ewan wins.

--- Step Up -- Another addition to the incredibly stacked cast of that true-crime adaptation The Staircase, which already had Juliette Binoche, Colin Firth, and Toni Collette -- ex-twink Dane DeHaan will now also be sleazing around the joint. I was going to make a joke about how he could play The Owl but I don't know if any of you will get that joke. Anyway I apparently missed the news that the series will also co-star Parker freaking Posey too! Everyone, literally everyone, will be there. get me to this set! 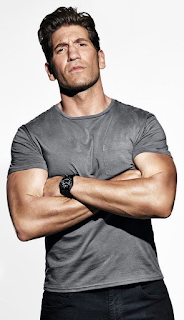 --- What's Good For The Gigolo -- An update on a project we've been keeping tabs on: the series re-do of American Gigolo starring Jon Bernthal got picked up by Showtime, a ten-episode order. It's actually technically a sequel to the movie starring Richard Gere; Bernthal's playing the same character, just years later after he's gotten out of jail. See all of MNPP's previous coverage on this series here, but pay special attention to this post. That's the winner.

--- Til Death Do -- Kristen Wiig is going to star in an adaptation of the upcoming book called The Husbands, which "follows an overworked mother who, while house-hunting in a nice suburban neighborhood, meets a group of high-powered women with enviably supportive husbands. When she agrees to take on a legal case involving the untimely death of one resident’s husband, she risks exposing not only the secrets at the heart of her own marriage, but the true secret to having it all, one worth killing for." I can't for the life of me tell the tone from that description; it could be dead serious or it could be Desperate Housewives. Even a gender-flipped Stepford Wives maybe? 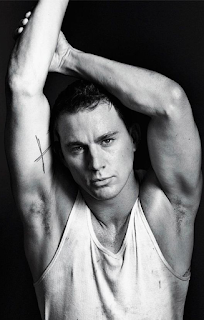 --- And Finally since I began this post with a crazy stacked cast I'll finish with the same - Apple is producing a psychological-thriller series called Surface from the creator of the High Fidelity series, and it will star several MNPP fave babes including Oliver Jackson-Cohen, Stephan James, Ari Graynor, François Arnaud, Gugu Mbatha-Raw, and Marianne Jean Baptiste. Good grief -- Get me to that set! To all of the sets! I gotta get the fuck outta my house! Ahem. Surface is described as "an elevated thriller about a woman’s quest to rebuild her life after a suicide attempt, and her struggle to remember – and understand – everything that led up to the moment when she jumped." Gugu is the lead. (And hopefully Oliver & Francois are sharing a trailer.)

George Mallory was gorgeous and bisexual, I hope "Everest" is an honest portrayal of this very complicated adventurer. He was only 38 when he disappeared though.