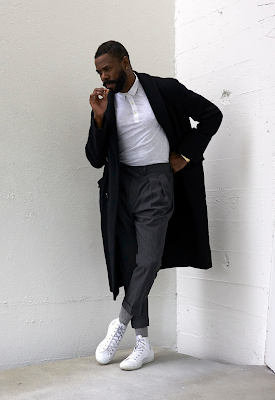 What will definitely end up being one of the great movies of 2021, Janicza Bravo's Zola, is out in theaters today! And if you're comfortable at this moment with going to movie theaters I am calling this one unmissable. (Here's the trailer in case you missed it.) It stars Taylour Paige as the title character, a stripper who gets sucked into a whirlwind nightmare trip to Florida (is there any other kind) by a fellow stripper (played by the ever-genius Riley Keough) and her scary-ass pimp (played by hot-ass and out gay Colman Domingo, seen being a hot-ass above). I want to see the film a second time before I properly review it, but I have tweeted out exclamatory stuff about it a few times now...

THEY WERE ALL RIGHT#ZOLA IS BOSS SHIT
OSCARS FOR EVERYBODY @A24 pic.twitter.com/BXwFIcdM5G

... which should clue you in to where I stand on the thing... if the opening of this post wasn't enough, that is. It's real good cinema. Funny and sharp as fuck, go see it. Aaaaaaanyway that's all I got this week -- I've been half-assing it, I recognize, but I have just had my eyes on the prize of the five-day weekend ahead and not had a lot of gas in the tank for much more than half an ass. On that end today is indeed it, until Tuesday (well except one post I've got scheduled for the 4th which you won't want to miss) -- I'm heading home in an hour and hiding in the A/C until this godforsaken heat breaks, and then... well, nothing. No plans. My brain needs the time off -- I imagine every single one of you understand. Have a good one, everybody! Rest your goddamned brains as well! Bye!