The Price Is Right! 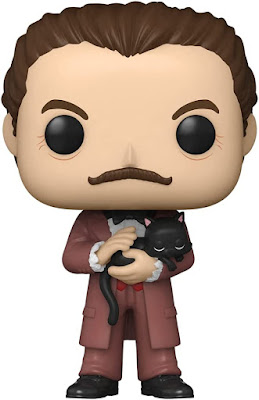 As I said back in April when Funko announced their John Waters Funko Pop figure -- which is out in July and which you can pre-order here! -- I'm not the world's biggest Funko Pop fan; I kinda hate them. They're just the Beanie Babies of now. That said as with John Waters there are exceptions and their recent announcement that they're dropping a Vincent Price figure falls under that category and then some! I love his little burgundy tuxedo! This one comes out in September and you can ore-order it right here. As I said with the John Waters one I wouldn't be mad if they released entire lines on these figures -- with John give me a Divine and an Edith Massey while we're at it, and now with Vincent I am gonna need a Dr. Phibes and an Egghead and a Prince Prospero and on and on...
Who? Jason Adams When? 5:47 PM
Labels: Great Moments In Movie Staches, horror, John Waters, Vincent Price