Shō Me Your Guns, Cosmo Jarvis 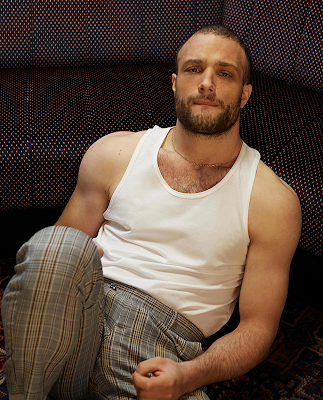 Happy news for us Cosmo-heads, as the Lady Macbeth actor Cosmo Jarvis has just lined up an interesting sounding role -- he's playing the co-lead opposite the great and sexy Hiroyuki Sanada in a new miniseries adaptation of James Clavell's 1975 novel Shōgun for FX. There was a miniseries made of this book in 1980 that starred Richard Chamberlain and Toshiro Mifune (mmm) that I have vague childhood memories of but which I haven't thought of since... 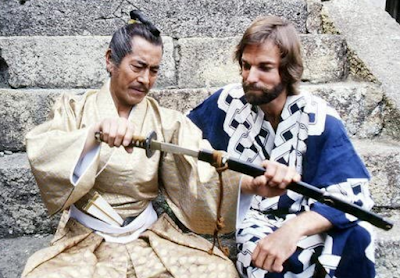 ... anyone seen it lately? I can't imagine it holding up given the way these kind of white savior narratives have long been told -- stories where the white guy shows up in a different culture and masters the culture better than the people who've built the culture a la The Last Samurai with Tom Cruise. But we seem far more aware of that destructive story-arc now, so I have hopes this will be an updated take. Here's how Deadline describes Shōgun:

"Sanada and Jarvis will play the male leads, Yoshii Toranaga and John Blackthorne, respectively, in the project, which tells the story from both a Western and Japanese perspective... Written by Justin Marks and Rachel Kondo, Shōgun is set in feudal Japan. It charts the collision of two ambitious men from different worlds and a mysterious female samurai: John Blackthorne (Jarvis), a risk-taking English sailor who ends up shipwrecked in Japan, a land whose unfamiliar culture will ultimately redefine him; Lord Toranaga (Sanada), a shrewd, powerful daimyo, at odds with his own dangerous, political rivals; and Lady Mariko, a woman with invaluable skills but dishonorable family ties who must prove her value and allegiance.

... Sanada’s Yoshii Toranaga is a living legend. He is a powerful daimyo from a feared lineage, isolated and outnumbered by his enemies in Osaka Castle when the story begins. But little does anyone realize that Toranaga is a brilliant strategist, a master of the long game, and the holder of Japan’s ultimate fate. Jarvis’ John Blackthorne is a restless English pilot in search of a destiny far from the world he was born into. His mission is to forge a path into the Pacific islands and disrupt Portuguese and Spanish interests in Japan. But Blackthorne finds more than he bargained for when his ship washes ashore within the territory of Toranaga, a deadly warlord who becomes his captor and spiritual mentor."

They haven't cast the third role, for the female character; the head-writer Justin Marks has credits on the live-action Jungle Book movies and the forthcoming Top Gun sequel so, uhh... we'll withhold judgement. He also did a TV program I've never heard of, something called Counterpart that starred JK Simmons and Olivia Williams? There is so much TV now, you guys. I have no idea. 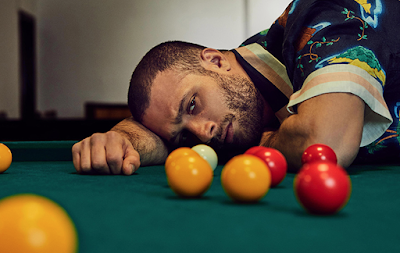 Anyway if you're not familiar with Cosmo Jarvis yet it's okay since he hasn't done a ton, but what he has done has made me very curious about what he might be capable of. I already mentioned Lady Macbeth -- Florence Pugh got all of the attention and she deserved it but I wish we'd thrown some of it Jarvis' way too, since I think he one hundred percent holds his own against her there. Since then he's been pretty choosy but in the past year we got to watch him do his fine beefy-weirdo thing in Calm With Horses opposite Barry Keoghan and then again in the eensy little thriller Funny Face, which I wrote about here and which genuinely proved to me that he's the real deal. He does a lot of capital-A Acting in the latter but I kinda loved it? 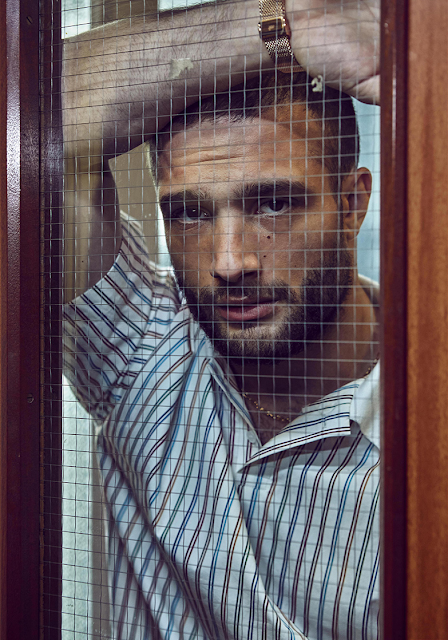 I should add in "News I Missed" I see on his IMDb page that Cosmo also has been cast in that forthcoming modernized adaptation of Jane Austen's Persuasion that will star Dakota Johnson and Henry Golding, posted previously about here -- as admitted in that earlier post I have never read Persuasion so I'd just assumed Henry Golding was playing the romantic male lead, named "Captain Frederick Wentworth," but no! It turns out it'll be Cosmo in that role! Okay! I'll enjoy staring at all of these people. On that note there are a few more shots of Cosmo from this photo-shoot I've been sharing above (via) and I will now let us just happily stare at him after the jump... 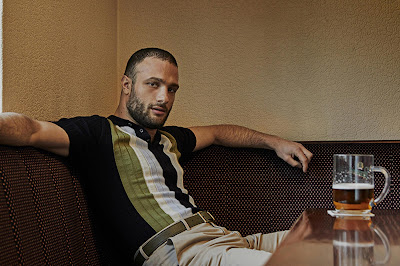 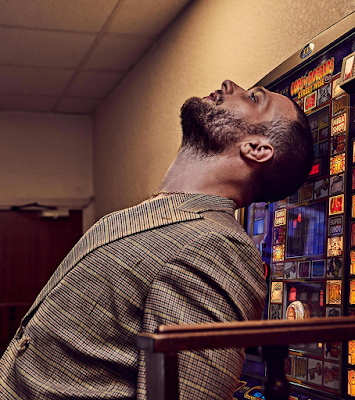 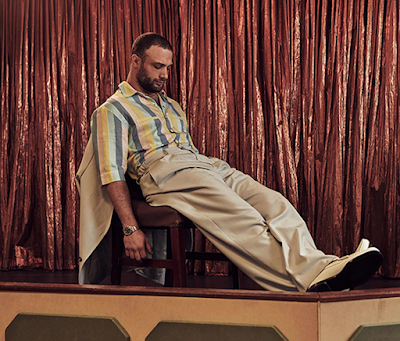 Your choice of photos is above reproach!

Cosmo Jarvis - I followed his musical career for years - he's a great guy, a real talent and frankly I'd be happy if he was cast in just about anything....

Can't remember what channel/network showed Counterpart but it was very interesting. The central characters travelled between to different realities of the same planet (guess that's how you'd describe it).

Persuasion was Jane Austen's novel that showed her dissatisfaction about moving to Bath with her family. It's my favorite of all her novels. Give it a chance!

My husband owns the box set of "Shogun" and watches it every year (along with "Once Were Warriors," so there you go). The gorgeous Jarvis is much, much better casting news than our beloved Timmy as Willy Wonka, a role that may not be his golden ticket.

Cosmo will certainly bring more sex to the character than I remember there being in Austen, but I'm not complaining!

I just watched The Shadow of Violence starring Cosmo. Both he and the movie are definitely worth watching!