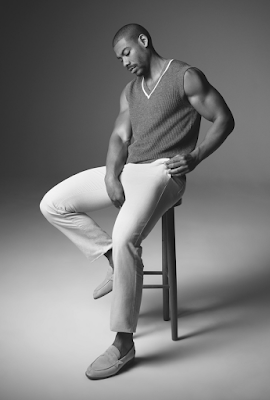 Is there any filmmaker working today who's better at finding fascinating faces and then straight up making love to them (the faces, I mean) via their camera than Barry Jenkins? I watched the first three episodes of Jenkins' unbelievably accomplished Amazon series The Underground Railroad yesterday -- although I suppose it'd only be "unbelievable" to a person who hasn't seen any of Barry's previous works -- and there are a million compliments to be made but the one I just kept coming back to was casting, casting faces, fascinating beautiful weird faces. The series is stuffed with them, but none more gorgeous than that of Aaron Pierre here, who plays Caesar. I'd never seen Pierre before -- he's fairly new to acting but he was a regular on the Krypton show apparently -- but I will never forget his face now thanks to Barry Jenkins shooting it. Have any of you watched this series yet? (pics via) 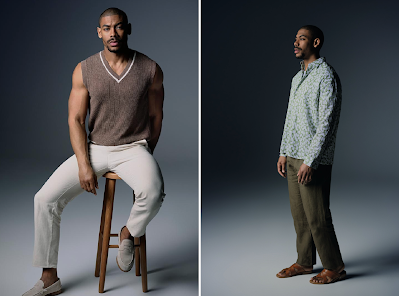 The series...and this fine actor...are glorious. Though I can only watch one episode at a time. Need to digest for at least a day or two before moving on.

Yeah watching three in a row was rough, but I'd put it off all weekend and felt the need to get some done. It was a mistake and I'll only be watching one at a time from now on, it's too much to chew all at once. It needs air!

I agree. The show is multi-layered and shot through with gut instinct storytelling, I am not in a hurry to view it. I too have seen the first three episodes a few days apart. Lots to ponder. It is so much of an experience and I’m enjoying being in the dark, not knowing where it leads me. Aaron Pierre is stunningly gorgeous. Thuso Mbedu brings a powerful fragility. The world is America fully bared of its white racist ugliness, like an inverted Divine Comedy. An out gay black director who has been an ample budget to fully realize a dream project. What could be better?

I've seen the first two episodes. It is so finely constructed that it's impossible to move on to a new episode without the sense that you've not yet fully grasped the previous. Amazing acting by all involved. It's as if the actors know every consequence and make their decisions in spite of that outcome. It is harrowing to watch.