The Devil's Own Country 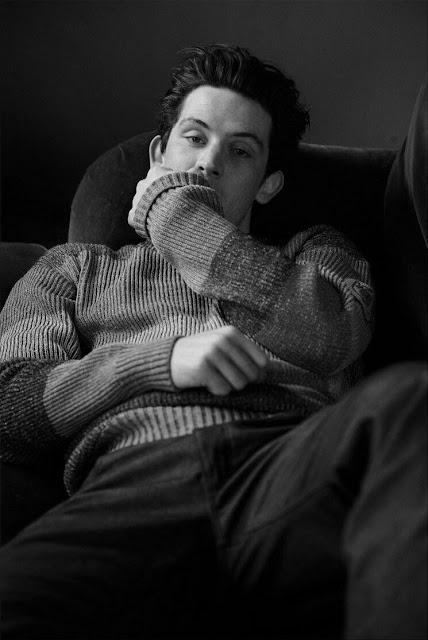 The news that Josh O'Connor is going to star in the next movie from his God's Own Country director Francis Lee doesn't feel like news at all -- not just because it seems inevitable, given how publicly and vociferously the two have expressed a deep affection for one another ever since that 2017 film, but because I could have sworn I had actually heard tell of this project, and Josh's participation in it, before. But a quick scan came up with no post so let's just say it now, possibly again, because it bears saying once or twice or twenty-two times -- Francis Lee's next film is going to be a horror movie, an adaptation of a book, that will star Josh O'Connor. What book? We don't know. But all of this, with a little more information, is referenced in a passage from a recent interview with Mr. Lee in Esquire magazine:

"Also on the table was Lee’s laptop and a copy of the novel he has almost finished adapting for his third film, about which I am sworn to secrecy. (It’s a horror movie with strong elements of “class and queerness”, about a sad young man alone in an epic wilderness; Josh O’Connor will star.)"

Class and queerness? In this economy? In all seriousness a Sad Gay Boy Horror Movie involving these two is entirely my heroin, so inject it, inject it deep into me, baby. All that said the interview with Lee at Esquire is worth your time, that news aside -- it gives a terrific window into a very closed-off and, by Kate Winslet's loving summation, "odd" man. I think he's one of the best new filmmakers we've got, and that soon people will also appreciate Ammonite for its brilliance, because I think it's stark-raving brilliant. It'll be one of those movies that people will revisit once they've got more of a handle on his way of telling stories, once he's told more stories, and be like, "Oh right, that's actually amazing." That's what I say anyway! God I love Ammonite. In case you missed my review it's right here.

He could hire an openly gay actor that could actually benefit from the role and have their talent acknowledged?

Ammonite is one of those movies that will just pop into my mind from time to time. An image from it, like a haunting, will arise.

Thanks for the reminder, Gods Own Country is on Hulu, I'm going to watch it today, finally.

What fucking trash. Francis Lee is adding to the problem by not casting gay actors. Josh O’Conner is a ridiculously over the top actor.