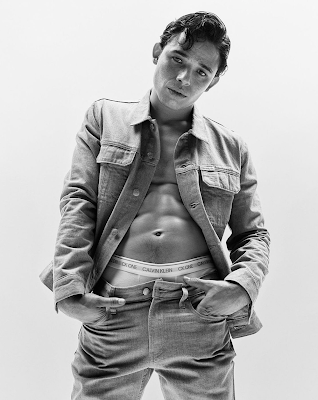 Lin-Manuel Miranda's In the Heights musical film adaptation (from Crazy Rich Asians director Jon M. Chu) is admittedly not my usual beat, but it's got two big things working for it, against my usual -- it's got Anthony Ramos in the lead, and hoo boy are we smitten with Anthony Ramos. And second the thing is set in the neighborhood where I live in the real world, and was filmed all over my every-day places...

I keep doing double-takes tonight because all these people tweeting pictures from IN THE HEIGHTS on my timeline; I'm like, "Why is everybody hanging out down the street from me?" That movie's gonna be one of those weird views where I'm too distracted by locations pic.twitter.com/cn2PRp3u5m

I love my neighborhood with the heat of a thousand suns (especially after spending a good chunk of the past year straight up trapped in it because of the pandemic) and so this paean to it, well once it would've been exciting in a point-and-stare kinda way but honestly, here in 2021, it makes me emotional now. We've been through a lot -- we're still going through it, like all of you are in your places. The difference is my bonded-place is getting a big-budget musical...

... and I'm gonna cherish that shit. (PS I thiiiiink you can see my building in the above shot!)  In the Heights is out on June 11th -- it's also opening the Tribeca Film Festival two days before that with a big screening at the United Palace Theater in Washington Heights, about a ten minute walk from my window! -- and they dropped a couple new trailers this week; here's the main one at this link, but I wanna share the one trailer that's titled "Washington Heights" because... duh, have you been listening to me?
Who? Jason Adams When? 1:56 PM
Labels: Anthony Ramos, City en Scène, gratuitous, MNPP World Tours, trailers, Tribeca