I know all of you spent all day yesterday on pins and needles waiting for an update after I said I hadn't yet watched but was planning on watching Joss Whedon's new show The Nevers on HBO -- well down from the bed of pins and needles you may finally stumble, because I watched the thing last night, as these right and proper gifs of James Norton naked on the show may attest. As far as pilots go I liked it well enough? I know why and agree with why Joss Whedon is persona non grata now but that doesn't actually stop his ability to write fun dialogue and to give his characters great beats to play from being any less deft -- there's a reason why he got away with so much bad behavior for so long. And now that this product is in front of me I'm not going to pretend it's not made with wit and talent. It just is. If Joss doesn't get to make anything else, at least not on this sort of scale again, it's not up to me to say whether that's suitable punishment; I am no one's judge and jury except my own; I will leave that to the people directly involved. I won't lose any sleep over it either way, though -- Joss did it to himself, and there are other voices we can hear from in his place; people who will hopefully use their power responsibly. But for now, on the basis of this first episode, I am just going to try and enjoy what we have. Like James Norton's butt! After the jump, with a couple of bonus photos from a recent photoshoot... 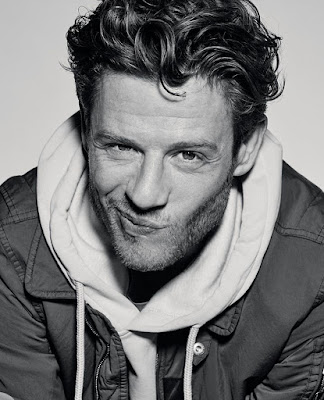 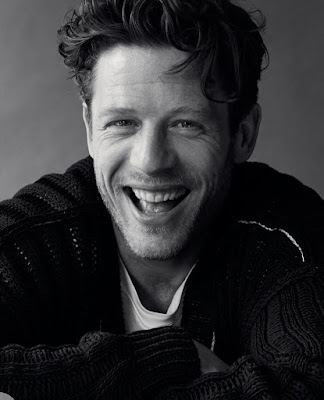 Who? Jason Adams When? 10:07 AM
Labels: Anatomy IN a Scene, gratuitous, James Norton, Joss Whedon

I love how they showed us he is bi (and a bottom) with the subtle paint on his back. Left me wanting more. I also really liked the pilot plotwise. Art direction is great and most characters were pretty likable. Laura Donnelly has some cool Krysten Ritter vibe. I kept picturing her in the role. I did get a little upset by all the credits to Whedon when it ended but I agree with your comments on the matter.

My bf also brought up Krysten Ritter -- it's pretty dead-on. I like the actors! It's good casting generally all around, I think. And I didn't even get the bottom thing haha good catch