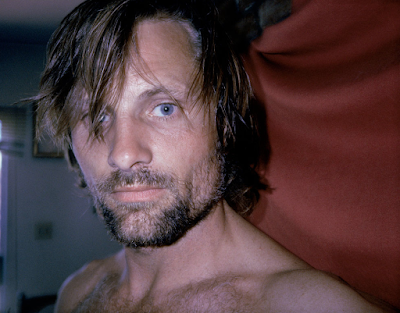 Happy day, as Viggo Mortensen's rumblings from earlier this year have proven founded -- David Cronenberg is indeed shooting a new movie this year! And we have more details than "It will star me, Viggo Mortensen," now! Via here (via here) comes word that the film will be called Crimes of the Future and it will be shot in Greece -- the interesting thing here is that Cronenberg made a movie with that same title in the year 1970; is he remaking one of his own films a la Hitchcock and Haneke? (Not bad company to be in.) We're not sure it's that, but given the use of the same title it's probably safe to assume there will be some connection, and here's what the 1970 film is about, via IMDb's summary:

"Crimes of the Future details the wanderings of Tripod (Mlodzik), sometime director of a dermatological clinic called the House of Skin, who is searching for his mentor, the mad dermatologist Antoine Rouge. Rouge has disappeared following a catastrophic plague resulting from cosmetic products, which has killed the entire population of sexually mature women. Tripod joins a succession of organisations including Metaphysical Import-Export and the Oceanic Podiatry Group, and meets various individuals and groups of men who are trying to adjust themselves to a defeminized world. One man parodies childbirth by continually growing new organs which are removed from his body. Eventually Tripod comes upon a group of paedophiles which is holding a 5 year-old girl, and they urge him to mate with her. He senses the presence of Antoine Rouge."

Hooray, a plague! Anyway I've never seen the 1970 version of Crimes of the Future (I've never seen the 2021 version either, obviously) but I just realized I do own a copy of it, as it's included on Arrow's blu-ray called "David Cronenberg's Early Works" which I bought last year in one of my blu-ray buying fits and put on a shelf and never picked back up. There's a lot of those on my shelves! Anyway now I will pick it back up! You see, I was just investing in my future, namely this moment right now. I will report back -- if you've seen the film tell me about it! 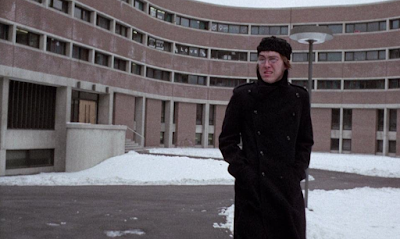